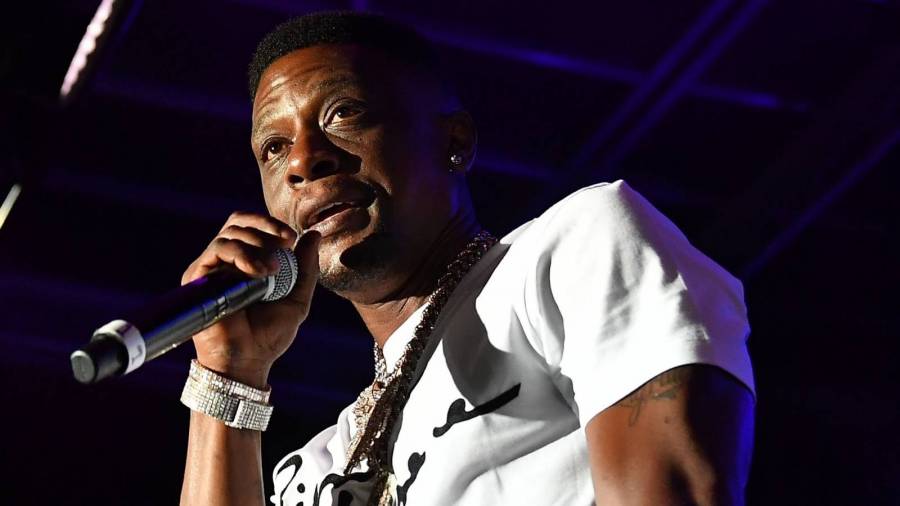 Boosie Badazz has faced a challenging couple of weeks. First, his BadAzz Music Syndicate artist Mo3 was shot and killed in Dallas while driving down I-35 and then, he found himself a victim of gun violence himself while in Dallas for Mo3’s vigil.

While riding around the Texas city, someone pulled up to his sprinter van and started shooting. Boosie was hit in the leg and taken to the hospital for treatment. On Thursday (November 19), several reports began to circulate suggesting Boosie’s leg would need to be amputated due to his diabetic condition — but his team is calling foul.

Louis Givens, Boosie’s longtime manager, cleared the air in one of his Instagram Stories, writing “FAKE NEWS” across a headline that suggested an amputation was imminent.

Boosie’s shooting took place on Saturday (November 14), the same day Benny The Butcher was also shot in the leg while leaving a Houston Walmart. The pair of shootings followed the deaths of both King Von and Mo3 who were shot and killed in separate incidences earlier this month.

For now, Boosie appears to be focused on healing. On Monday (November 16), he provided his fans with a simple Instagram update, writing, “I’m good. Appreciate all the happy birthday wishes and get well soon wishes.”