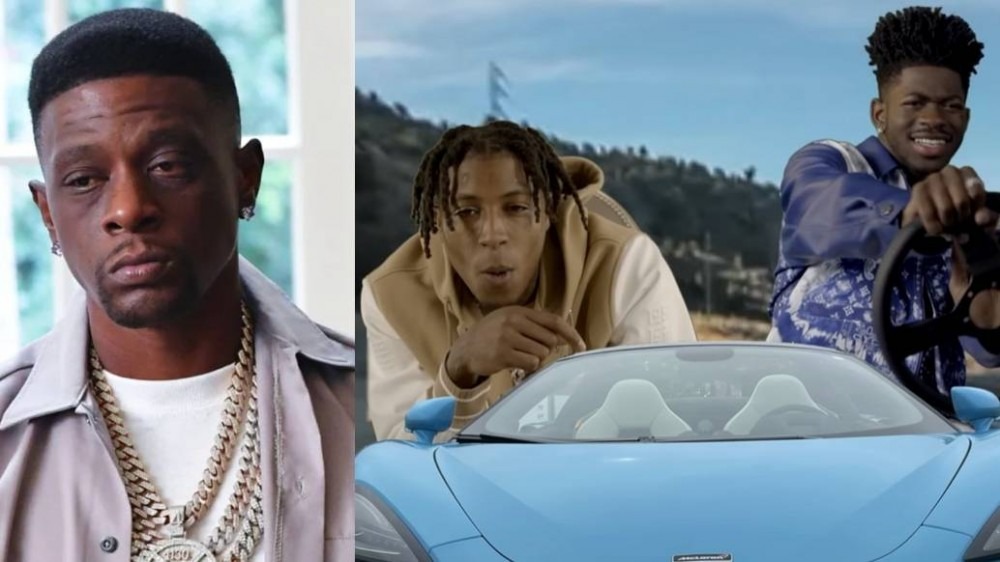 Boosie Badazz wasn’t happy with NBA YoungBoy for collaborating with Lil Nas X on “Late To Da Party (F*CK BET),” but he’d take the opportunity to tell him why. During another interview with VladTV, Boosie was asked about the song, but he was hesitant to go into too much detail. However, he did note he thought he and NBA YoungBoy were more alike in their beliefs.

“If I ever see him, I’ma tell him about that,” he said. “If ever see YoungBoy, I’ll tell him how I feel about that. I thought YoungBoy was like me. We represent a certain group of people and what we do affect those people. That’s why I always try to stay a hundred. I thought he was like me in a certain, a lot of ways. I don’t want to talk about it on camera how I feel about it, but if I ever see him, I’ll tell him how I feel.”

Boosie did confirm he and YoungBoy haven’t spoken since the song came out in June.

“Late To Da Party (F*CK BET)”served as a diss track aimed at the Black Entertainment Television (BET). Lil Nas X took issue with the network after he received zero nominations for the 2022 BET Awards. At the beginning of the video for the track, a BET Award trophy sits at the bottom of a toilet bowl while someone urinates on it.

Boosie has been vocal about his disdain for Lil Nas X and his open homosexuality. In October 2021, the “Old Town Road” star decided to have some fun at Boosie’s expense and joke about a future collaboration with the Baton Rouge rapper. But Boosie didn’t find it funny at all and fired back on Twitter, “STOP TROLLING ME FAGGOT LOL. U A WHILE BITCH PLAYING WITH A GANGSTA SMH U CAN KEEP SUCKING SICK N GETTING FUCKED IN YOUR ASS N PEACE N #uhateyourself I WOULD TOO IF I WAS YOU LOL NASx IF YOU YOU WOULD DO THIS WORD A HUGE FAVOR. NOBODY WANTS YOU HERE.”

Boosie reacts to Lil Nas X saying he has a song coming out with him. pic.twitter.com/Fa9zB5Uil5

But Lil Nas X rolled with the punches and didn’t bother getting riled up over it. Speaking to The Breakfast Club, he said, “I was listening to Boosie in the club the other day. I don’t really care. Honestly, I wish they didn’t say it, I guess. But I like the music, I’m gonna listen to the music. If somebody got beef with me, that doesn’t mean I got beef with them.”

Lil Nas X’s father was a different story though. Shortly after Boosie’s rant, Robert Stafford shared an Instagram post laying into Boosie and essentially calling him a hypocrite.

“How the hell you’re a gangsta rapper promoting drugs, gun violence, degrading women and getting high every video talking about you’re for the kids man sit your old man looking ass down,” he wrote. “The game has past you. We real Bankhead over here. Not like the guy who claims it.”