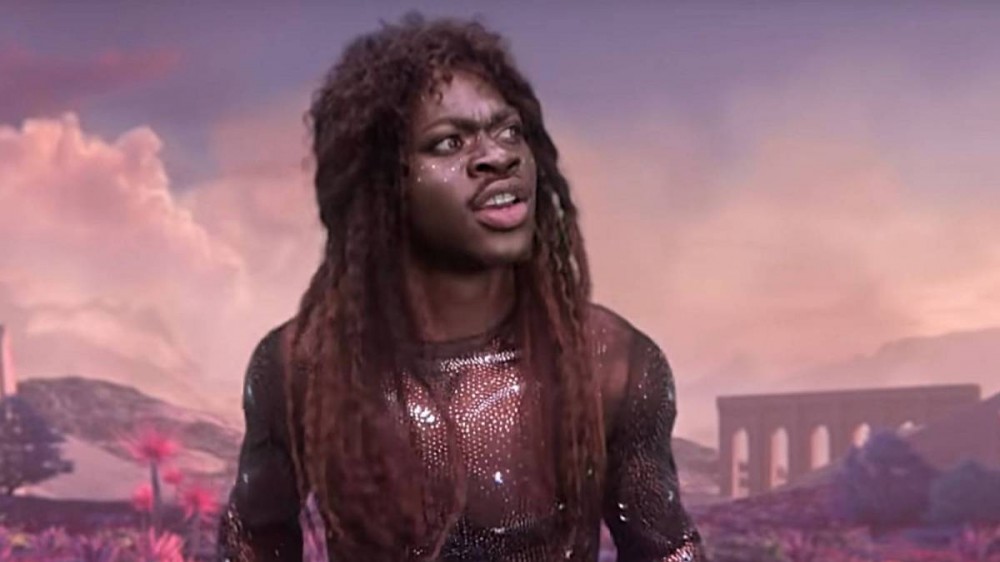 Anyone familiar with the social media antics of Lil Nas X knows he loves to troll people, and nobody is ever off limits. On Saturday (October 23), the “Old Town Road” breakout star decided to set his sights on Boosie Badazz and claim they had a collaboration was on the way.

But Boosie — who has made it abundantly clear how much he’s disgusted by Lil Nas X’s sexuality — wasn’t feeling the joke. In a since-removed tweet, he blasted the Grammy Award winner for even suggesting he’d do a song with him.

“STOP TROLLING ME FAGGOT LOL,” he wrote. “U A WHILE BITCH PLAYING WITH A GANGSTA SMH U CAN KEEP SUCKING SICK N GETTING FUCKED IN YOUR ASS N PEACE N #uhateyourself I WOULD TOO IF I WAS YOU LOL NASx IF YOU YOU WOULD DO THIS WORD A HUGE FAVOR. NOBODY WANTS YOU HERE.”

Boosie reacts to Lil Nas X saying he has a song coming out with him. pic.twitter.com/Fa9zB5Uil5

Unsurprisingly, both Boosie Badazz and Lil Nas X became trending Twitter topics, while the inflammatory tweet was eventually removed for violating Twitter policies. In true Lil Nas X fashion, he indirectly responded to the controversy with a healthy dose of humor.

“I am truly saddened,” he said. “I have never been so mortified in my life. I can’t believe Disney channel has yet to play halloween town this entire October.”

Of course, this is nothing new for Lil Nas X. Since coming out in June 2019, he’s faced discrimination, blatant hate and ridicule for identifying as gay. But Lil Nas X, who was recently named The Trevor Project’s Suicide Prevention Advocate of the Year, soldiers on and tries to fight bigotry with advocacy.

i am truly saddened. i have never been so mortified in my life. i can’t believe disney channel has yet to play halloween town this entire october.

While accepting The Trevor Project honor in September, he used his platform to stand up for the LGBTQ+ youth.

“Discrimination around sexuality and gender identity is still very real, and our community deserves to feel supported and totally free to be themselves. I often get messages from fans telling me about their struggles with depression and suicidal thoughts.

“It made me realize that this was something bigger than myself. If using my voice and expressing myself in my music can help even one kid out there who feels alone, then it was all worth it.”

Despite Boosie’s negative remarks, Lil Nas X has expressed in the past he lets them roll off his shoulder. Speaking to The Breakfast Club, he said, “I was listening to Boosie in the club the other day. I don’t really care. Honestly, I wish they didn’t say it, I guess. “But I like the music, I’m gonna listen to the music.

“If somebody got beef with me, that doesn’t mean I got beef with them.” Asked if he would consider replying to the hateful messages, Lil Nas X had noted, “Only if I have something really witty.”

Check out some of the reactions to Boosie’s comments below.

Boosie is mad that a queer Black rapper is doing better than him in an industry that has built its foundation in homophobia.

Lil Boosie beat a murder charge, damn near a decade in prison, CANCER, and his greatest obstacle is lil Nas X 😭

this is boosie with lil nas x 💀 pic.twitter.com/961ZM71BCc

Lil Nas X when Lil Boosie pulls up on him pic.twitter.com/nc6G2hONKg

boosie after getting ignored by lil nas x again pic.twitter.com/bh4UdwvmPe