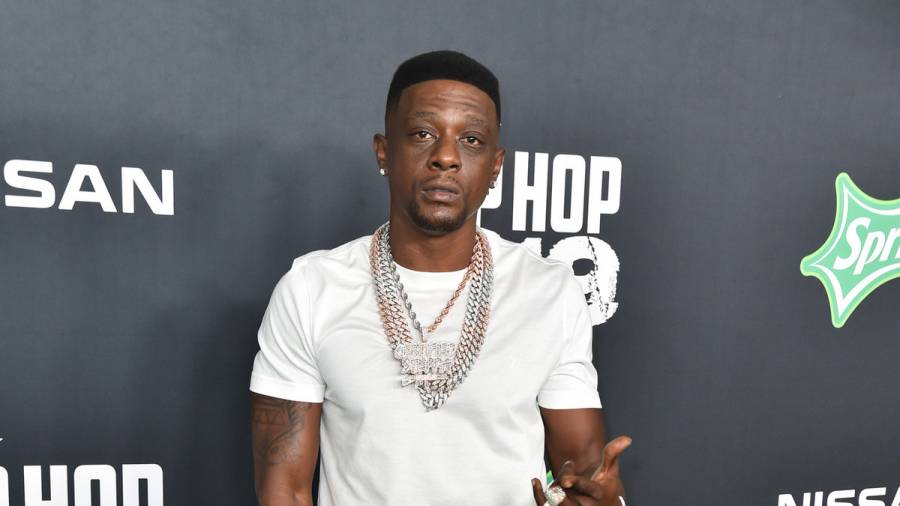 Baton Rouge, LA – Boosie Badazz is still recovering fro gunshot wounds sustained during a Dallas shooting last month. But instead of wallowing in his misfortune, the business savvy rapper is continuing to use it to his advantage. On Thursday (December 3), director Chuck Star shared a video clip from Boosie’s new video “Lost For Words,” which puts his graphic injury on display.

Not only does Boosie show off the aftermath of the shooting but also the numerous surgeries required to remove bullet fragments and put screws into his foot. He also needed several staples and stitches from his thigh down past his knee. But there’s a happy ending to the story — the footage features Boosie recovering at home surrounding by his family and friends.

Star revealed in the Instagram caption the full video is only available right now on Boosie’s OnlyFans page, writing, “Go to @boosienewig and subscribe to his onlyfans to see his recover. It’s only one boosie ig page make sure u following the right one.”

Boosie was shot on November 14 — his 38th birthday — while in Dallas for a vigil for BadAzz Music Syndicate rapper Mo3 who was gunned down just three days prior.

The Baton Rouge native had been spotted around the Texas city in a sprinter van most of the day when somebody opened fire on the vehicle, striking Boosie in the leg. The shooters fled the scene, while Boosie and his entourage made their way to a hospital. Chatter online suggested Boosie was in danger of needing his leg amputated due to his diabetic condition, but his manager quickly laid those rumors to rest, calling the reports “fake news.”

But it’s clear nothing is stopping Boosie from staying connected to his fans — or making money. Despite the current COVID-19 pandemic and wheelchair confinement, Boosie still showed up to perform in Charleston, South Carolina on Thanksgiving alongside Renni Rucci.

Check out “Lost For Words” below.