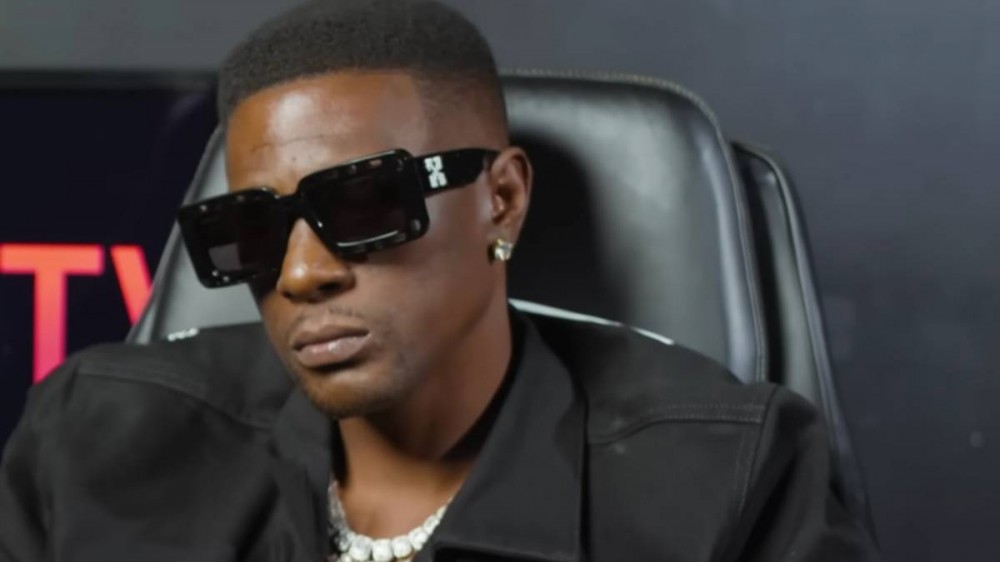 Boosie Badazz has revisited the homophobia-related controversy that he believes led to his canceled reality television series.

During one of his latest interview with VladTV, the outspoken rapper again pointed to his tirade against Lil Nas X and his sexuality as the sole reason the show didn’t move forward with production. So instead, he’s decided to focus on a movie career.

“We had a shot it, got some good pilots for it,” he said. “When we was getting ready to pitch it, that’s when the gay shit was out about me and all that shit was going on,” Boosie explained. “You know, when I said about I hate gay people and shit. You know what I’m talking about, mane.

“They tried to turn me against the gay world. A lot of people was backing away. Personally, I didn’t like that. I felt like I was shunned away. I was like, ‘Fuck it. Fuck y’all. I don’t need this shit. Watch what I’m finna to make off this movie.’ Basically that was it.”

Boosie Badazz has been involved in a highly-publicized back-and-forth with Lil Nas X over the past couple of years. In October 2021, after the ‘Old Town Road’ hitmaker trolled Boosie by saying they should do a song together, the New Orleans rapper suggested Lil Nas take his own life.

“STOP TROLLING ME FAGGOT LOL,” Boosie wrote. “U A WHILE BITCH PLAYING WITH A GANGSTA SMH U CAN KEEP SUCKING SICK N GETTING FUCKED IN YOUR ASS N PEACE N #uhateyourself I WOULD TOO IF I WAS YOU LOL NASx IF YOU YOU WOULD DO THIS WORD A HUGE FAVOR. NOBODY WANTS YOU HERE.”

Before that, in 2020, Boosie took issue with NBA player Dwyane Wade’s 12-year-old daughter Zaya after her decision to transition. Wade opened up about it during an appearance on Good Morning America, which evidently disgusted the Baton Rouge native.

Taking to Instagram Live at the time, Boosie said: “I gotta say something about this shit. Dwyane Wade, you’ve gone too fucking far, bro. That is a male. A 12-year-old. At 12, they don’t even know what they next meal gonna be. They don’t have shit figured out yet. He might meet a woman at 16 and fall in love with her, but his dick be gone.

The backlash was immediate, and Boosie Badazz was even banned from a Planet Fitness for his viral comments. But during a subsequent interview with Baller Alert, he admitted he got wrapped up in his emotions.

“People gotta understand, that’s just how I feel,” Boosie said. “Even my mama called me early in the morning and got on my ass, talking about, ‘Stay off social media! That’s they family! Stay out of people’s business.’ But I was speaking how I felt.”

He added: “Everybody’s got their own opinions in life. Everybody feels a certain type of way about certain things, and I sometimes be the one to talk about it. When the kids involved, it’s tender to my heart.”

Boosie ended up apologising to Wade during an appearance on Mike Tyson’s Hotboxin with Mike Tyson podcast.

As for Wade, he eventually thanked Boosie for sparking a dialogue about the complex issue.