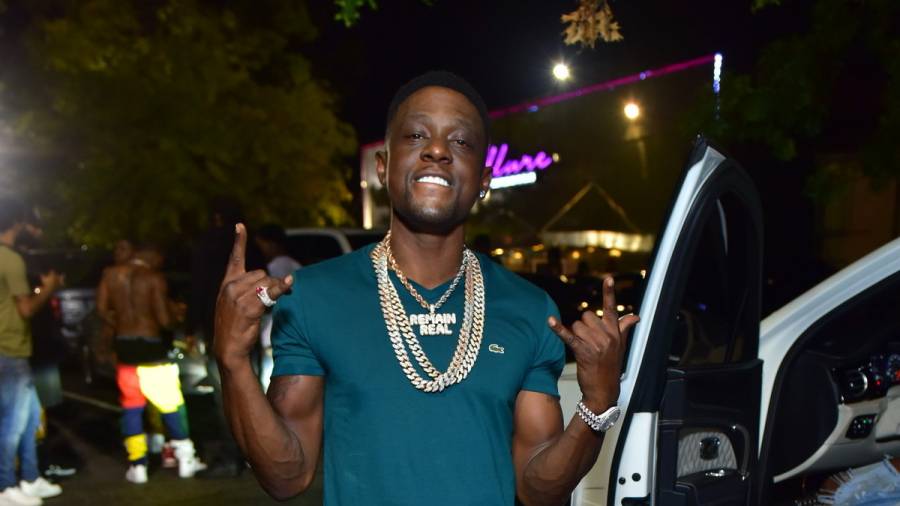 Boosie Badazz released a video in 2016 called “Cancer,” which detailed his battle with kidney cancer and the moment he found out he was about to be in the fight of his life.

“Coldest words I ever heard was ‘Torrence Hatch, I’m sorry. You got cancer,” he rapped. “Damn Just beat death penalty, now I got cancer?/Father God, I need answers/News to my ears, shit real from the doctor/He said, ‘Boosie, boy you got cancer,’ I cried for hours/Jumped in the shower, stressing, and cried to my mama and my nana/I can’t believe this shit/Cancer got me scared like I’m ’bout to leave this bitch.”

But according to a recent tweet, the Baton Rouge native can finally put that chapter to bed. On Wednesday (March 17), the BadAzz Music Syndicate boss took to Instagram to share a video of himself during his annual doctor’s appointment.

“ANNUAL CANCER CHECK-UP,” he captioned the post. “ALL MY FAMILY N FANS SAY A PRAYER FOR ME AS I WAIT ON MY RESULTS. #prayerispowerful #fuckcancer. He followed up with the good news on Twitter, writing, “IM CANCER FREE. #tearofjoy Thanks to everybody said a prayer for me #GODISGREAT.”

Boosie — who also has diabetes — was given the devastating diagnosis in November 2015 and quickly underwent a nephrectomy to remove the cancer. TMZ revealed he didn’t have health insurance so he wound up paying $90,000 for the procedure, which he’d presumably do again if it meant saving his life. Boosie thanked everyone for their support prior to procedure.

“To all my family, fans n supporters I really appreciate the love n concern that’s been giving to me since I was diagnosed with kidney cancer,” he wrote at the time. “I go n for surgery n I need prayers for a great surgery n rehabilitation.”

During Boosie’s health struggles, he also had to face accusations of making up the illness. In 2016, he shared a photo of his surgical scar to his Instagram account and wrote in the caption, “I’m tired of these stupid muthafuckas saying I ain’t have cancer sending me DMs asking why am I lying saying I had cancer. who wants to fake or lie about something like that not me, not a real one [100] [100] wtf u mad cause I asked for prayers n gottem. I don’t get it. well mf’s this my cancer scar a week after my surgery (FACTS).”

Revisit the “Cancer” video below.