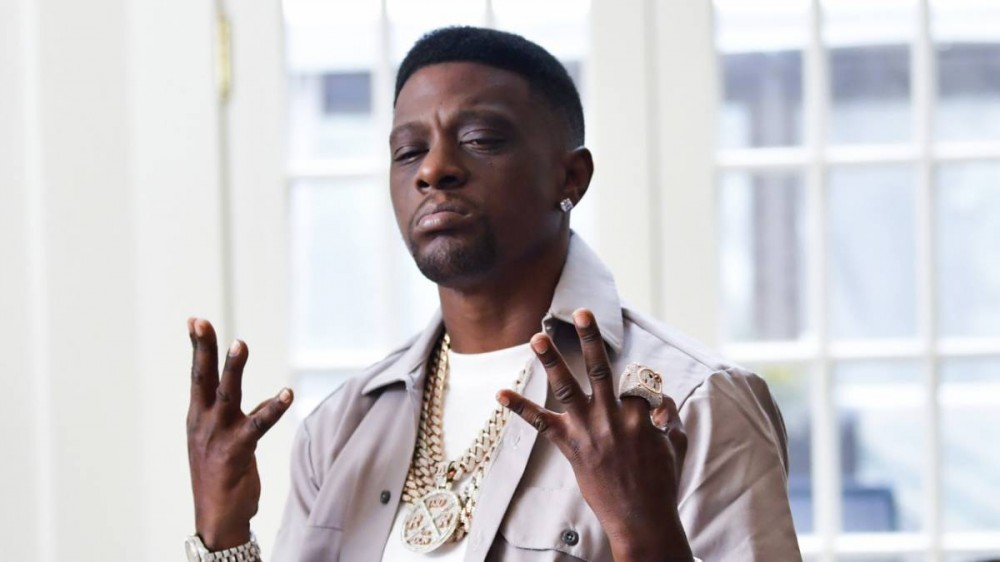 Boosie Badazz and Instagram have a complicated relationship — he loves the social media platform but apparently can’t stop abusing it. On Sunday (March 28), the Baton Rouge native was incensed after his account was deactivated yet again for violating the company’s policies. Instagram drew the line when a video of Boosie slapping the bejeezus out of a man for his DaBaby-assisted “Period” video went viral.

After labeling Facebook CEO/founder Mark Zuckerberg a “racist” for the deactivation, Boosie quickly erected a new account under the handle @hesbackagain2021. So far, he’s amassed over 154,000 followers and shared one “safe” post — a black-and-white photo of himself.

Last week, Boosie offered $554 to anyone willing to be smacked on camera. He eventually found that person and viral video of the scene started making the rounds over the weekend. In the clip, a seemingly intoxicated man walks up to Boosie and DaBaby in a gas station and says to Boosie, “You one of these punk ass rappers and you can’t rap. How you gonna tell me you a goddamn rapper?”

Boosie then hits the man in the face fairly hard and he goes down to his knees as Boosie says, “What the fuck wrong with you man!?”

That was all it took and Boosie’s account was removed. The 38-year-old rapper had a similar issue with Instagram last April when his account was deactivated for posting sexually explicit content and was furious with Mark “Zuckerburger.”

Once again, Boosie started another account and vowed to sue Zuckerberg for discrimination.