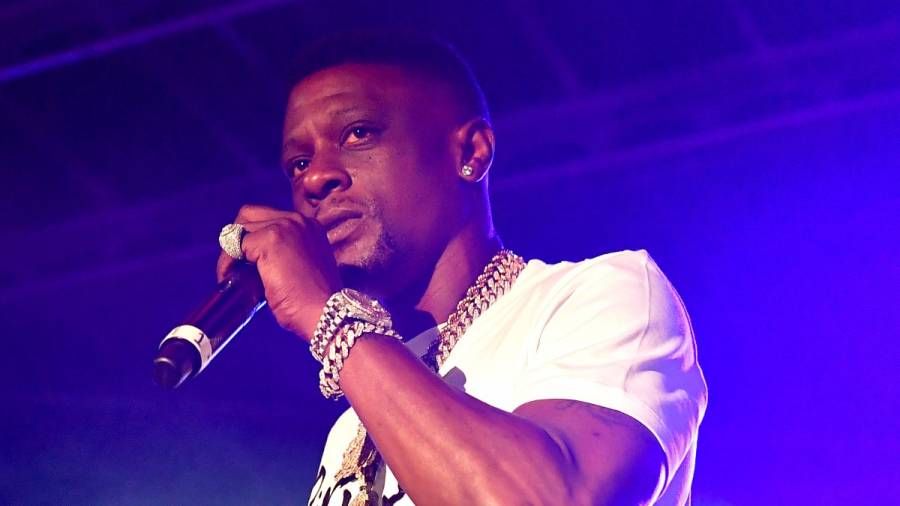 Dallas, TX – Gun violence has been ripping through the rap community in recent weeks. Not long after King Von and Mo3 were killed, Boosie Badazz was in Dallas to attend a vigil for Mo3 when he was reportedly shot outside of a strip mall called Big T’s.

According to TMZ, police sources said the outspoken Baton Rouge native was shot in the leg on Saturday afternoon (November 14). Boosie had been parading around the Texas city in a sprinter van most of the day when somebody opened fire on the vehicle, striking Boosie in the leg.

The shooters quickly fled the scene, while Boosie and his entourage made their way to a hospital. He was reportedly treated for a gunshot wound below the knee and is in stable condition. It’s important to note there have been conflicting reports on whether Boosie was actually hit, but TMZ says they discovered he was indeed a patient at a local Dallas hospital.

boosie sprinter van was shot at today in dallas but he wasn’t hit good to hear fr 🙏🏾💯 #BOOSIE #Dallas pic.twitter.com/Uo2HUeQQ9E

Boosie was understandably distraught after Mo3 was shot and killed on I-35 earlier this week. The 28-year-old rapper was signed to Boosie’s label BadAzz Music Syndicate and the duo had just dropped the Mo3 BadAzz mixtape in February.

Following the news of Mo3’s passing, Boosie exploded on Twitter, writing, ““Stop calling me n texting me. FUCK YOU HOES, NIGGASn FAKE ASS FAMILY ALL YALL CAN SUCK MY DICK. ALL YALL GOT A MOTIVE FUCKING WOTH ME ANYWAY. Suckadick.”

The strip mall shooting continues a disturbing string of gun violence, which began on November 6 when Von was killed outside of an Atlanta hookah bar in another shooting incident. One of the five people shot in the melee, 22-year-old Timothy Leeks, has been charged with Von’s murder.

Police have yet to locate a suspect in Mo3’s murder and it’s unclear if Boosie’s shooting is connected.