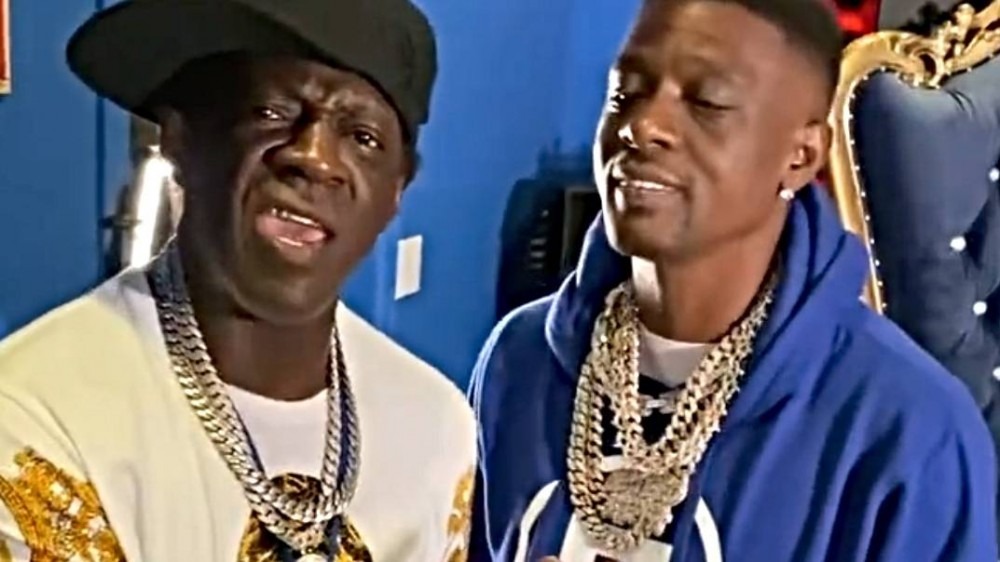 Baton Rouge, LA – Boosie Badazz was enraged after he was mistaken for Public Enemy hype man and multi-instrumentalist Flavor Flav in April. But now, he’s turning the mistaken identity mishap into an opportunity.

On Sunday (July 11), the outspoken Baton Rouge native shared an Instagram video of himself hanging out with the Hip Hop legend to promote his forthcoming Boosie Bash 3 event.

The meet-up between Boosie Badazz and Flavor Flav is somewhat surprising considering Boosie was singing a different tune when people thought he was Flav.

He continued, “Flavor Flav … and I kept walkin’. Flav you can’t fuck with me man. Got me talkin’ bout I look like fuckin’ Flavor Flav.”

Although Flavor Flav initially laughed off the comparison, he grew increasingly more annoyed.

“Ayo, this shit is getting out of fucking hand right now, man,” he said in an Instagram video. “You know what I’m saying? Muthafuckas is coming up to me, calling me Lil Boosie on purpose. ‘Hey Lil Boosie, how you doing? Oh, Flavor Flav.’ I don’t look like no Lil muthafuckin’ Boosie. Aight?

“Boosie, look what the fuck you done started, son. You got everybody calling me you now. I don’t look like Lil Boosie. I look like Flavor muthafuckin’ Flav. So y’all get it right, aight? Word up, G. Boosie ain’t got the stats that I got. Boosie only got the stats that he got. So y’all remember that shit. I’m Flavor muthafuckin’ Flav, not Lil Boosie.”

Now with that behind them, Boosie and Flav are like a match made in heaven.

As Flavor noted, Boosie Bash 3 takes place on August 27 and 28 at A.W. Mumford Stadium on the Southern University campus in Baton Rouge.