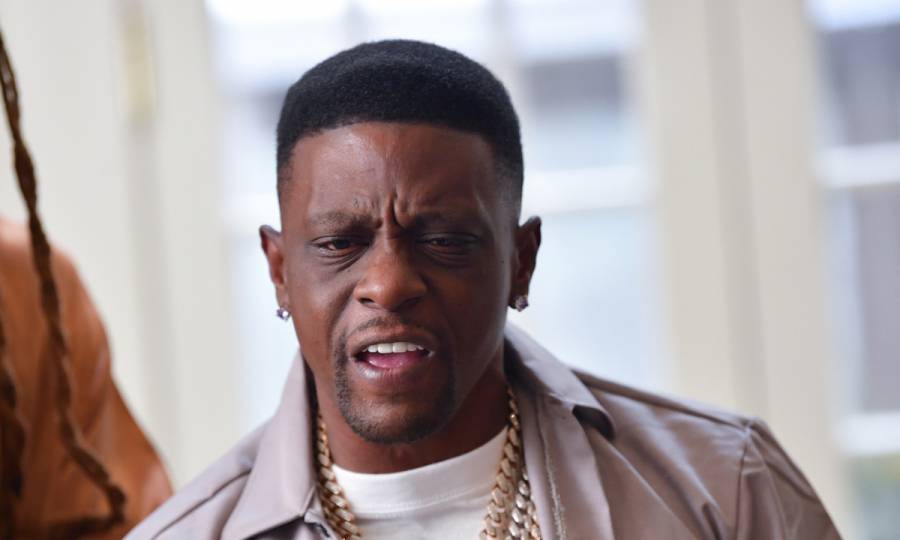 Boosie Badazz isn’t letting his injuries stop him from getting back to work.

On Monday (December 6), the Baton Rouge native dropped a new song titled “Lost For Words,” then previewed a pair of new tracks set to drop on December 18 – “Memory Lane” and “Stick N The Car.” On the latter, he addresses the Dallas shooting that left him wheelchair-bound last month when he was in the city to pay respects to his fallen BadAzz Music Syndicate artist, Mo3.

“Bitch, I keep a stick in the car ready for war,” he spits on the track’s opening verse. “Bitch, you know I’ma step on that boy/Stay silent no telling ya boy/Four-five protecting ya boy/Ready and loyal, ready for war/Sup bitch? I’m the ultimate warrior!”

Later in the track, he rejoices in the fact the assailants only got him in the leg despite aiming for his head.

“They tried to pop my head – glock inside I’m poppin back/They missed me, I was glad ‘bout that/I got inside and mobbed them back,” he raps.

Outside of rap, Boosie is getting ready to file a racial discrimination lawsuit against Facebook founder Mark Zuckerberg to the tune of $20 million for failing to reinstate his original Instagram page. Though he now operates from @boosienewnewig, the “Wipe Me Down” creator wants his old account back and feels he’s purposely being targeted because of the color of his skin … and because he made fun of Zuckerberg when the account first got suspended.

“I got over 200,000 people writing statements who have done way worser things than I put on my Instagram and they Instagram has been given to them – taken back and given to them over and over,” Boosie said in an interview with VladTV in November. “This is my first time my Instagram ever been tooken from me! So you can give other 2 million people their Instagram back for derogatory things they did and I didn’t do nothing but post a girl with an emoji over her? This is discrimination! Something is wrong. Somebody must be mad because I said they name wrong and they tryna chastise me.”

He has yet to officially file the suit, however.