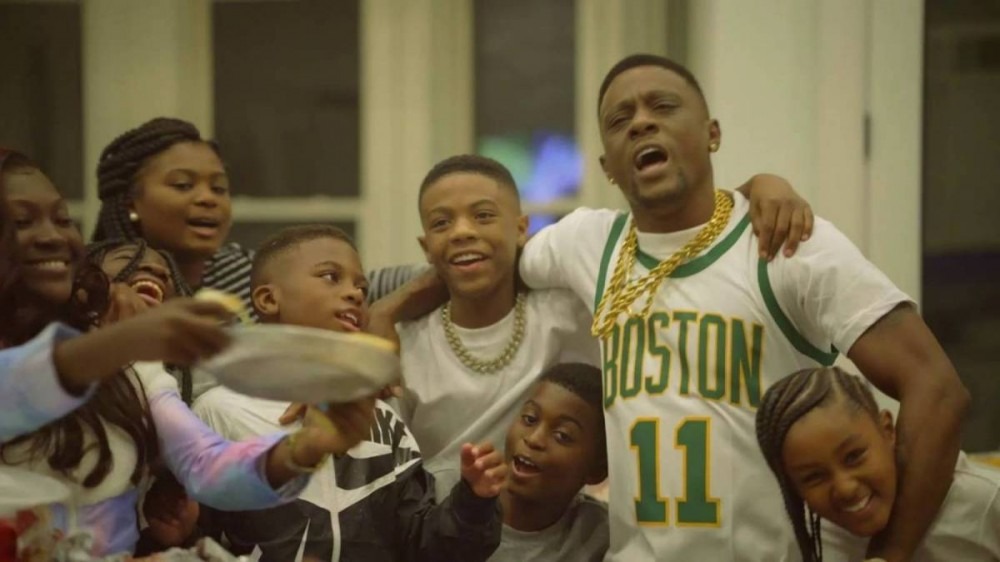 Boosie Badazz  chose to start the New Year off by gifting his children expensive, custom jewelry.

In a video the Louisiana MC posted on his Instagram account Friday (December 31), Boosie showed off the six new Rolex watches he got for his children, which feature an assortment of colored diamonds ranging from pink to green.

“Rollies for all the kids,” Boosie says in the clip. “Know if I’m getting to it, they gotta be living like this too. Grind hard to shine hard.”

Boosie Badazz has spared no expense to show affection to his children and has shelled out racks for lavish gifts on multiple occasions throughout 2021. Back in August he broke off his son $5,000 and presented him with an iced-out diamond chain for his birthday.

His children showed their appreciation for how hard their dad goes for them by presenting Boosie Badazz with a heartfelt video during their family celebration for Father’s day, which moved Boosie to tears.

Boosie Badazz has seemingly been caught up in the spirit of giving over the holidays, as he recently welcomed a lucky Twitter user into his home for dinner after the young man decided that a meeting with the Southern rap legend was worth more than $20,000.

The rising rapper from Dayton, Ohio named Lon6z, also managed to secure a feature from Boosie Badazz for the remix to his 2020 song “Run It Up.”