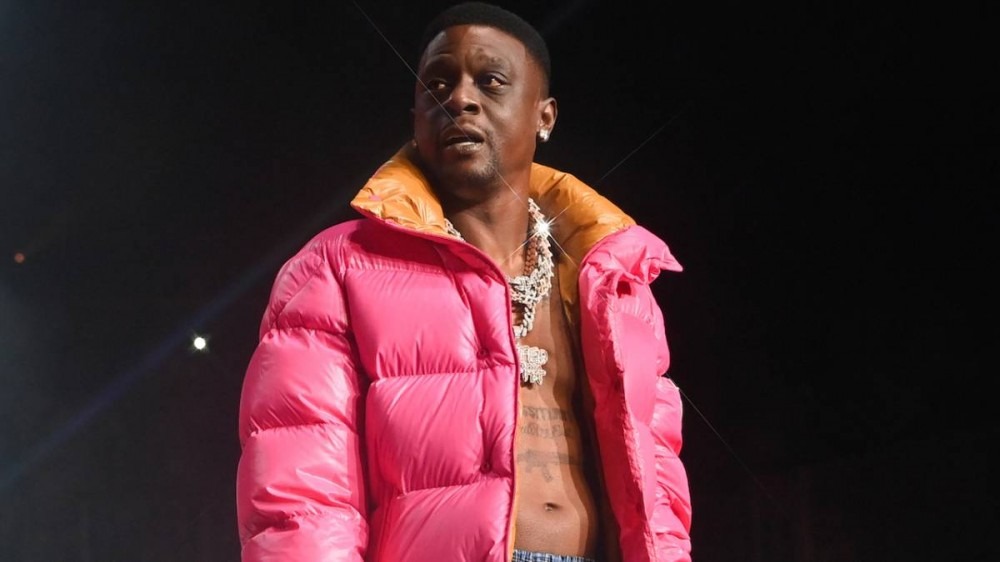 People are beginning to wonder why Boosie Badazz is seemingly fixated on Lil Nas X. The outspoken rapper has landed in hot water multiple times for making homophobic comments aimed at the openly gay artist. But more recently, Lil Nas X decided to have a little fun at Boosie’s expense, telling his fans he had a collaboration with the Baton Rouge native on the way.

Boosie didn’t find the joke funny and unleashed on the 22-year-old with a series of homophobic slurs, telling him to “commit suicide.” Lil Nas X’s father, Robert Stafford, soon came to his son’s defense and slammed Boosie for essentially being a hypocrite. And now, Boosie Badazz has a message for him.

On Tuesday night (October 26), Boosie fired off a tweet that read in all caps, “DONT GET MAD AT ME CAUSE YOUR SON CAME OUT LIKE THAT LOL. I KNOW IT HURTS.”

Boosie’s tweet arrived less than 24 hours after Stafford laid into the 38-year-old rapper for insulting his son.

“How the hell you’re a gangsta rapper promoting drugs, gun violence, degrading women and getting high every video talking about you’re for the kids man sit your old man looking ass down,” he wrote in an Instagram post. “The game has past you. We real Bankhead over here. Not like the guy who claims it.”

Boosie’s initial tweet was met with a heavy dose of backlash, but he was unbothered. Rather than take accountability for the way his comments were perceived by the LGBTQ+ community, he doubled down and insisted he had a whole legion of fans who would agree with him.

“IF YALL THINK THE WHOLE WORLD HATE ME ‘YALL TRIPPIN,’” he wrote.”I HAVE INTERNATIONAL LOVE N RESPECT FOR HOW I AM N WHAT I STAND FOR. n never forget THERES A GHETTO N EVERY CITY, STATE, COUNTRY ETC WHO ROCK WITH BOOSIE FRFR #therealest.”

Lil Nas X has been a target for bigotry since coming out in June 30, 2019, the last day of Pride Month. But it hasn’t all been about his sexuality. In March, Lil Nas X ruffled the feathers of Christians everywhere when he unleashed his controversial “Satan Shoes,” which came with 1 cc of human blood in the sole and a pentagram on the zipper.

Retired NBA star Nick Young promptly issued a Lil Nas X ban in the Young household and admitted he was thinking about boycotting Nike – but later discovered Nike wasn’t involved in the creation of the shoe.

Nike ultimately sued the creators of the shoe — MSCHF clothing — and blocked the sale of the 666 pairs Lil Nas X had made. As the sneaker giant explained in a statement, “MSCHF has agreed to initiate a voluntary recall to buy back any Satan Shoes and Jesus Shoes for their original retail prices, to remove them from circulation.”