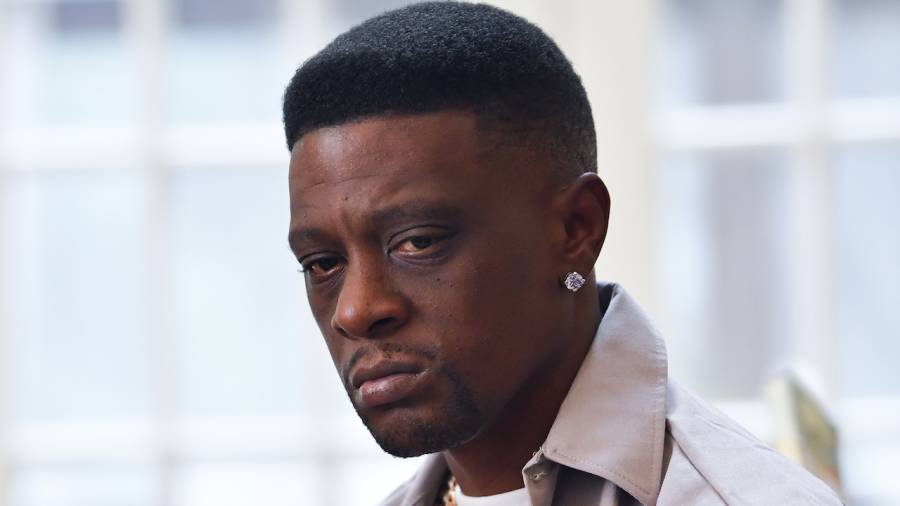 Boosie Badazz is presumably fuming after his Instagram account was deactivated — again. On Sunday morning (March 28), the always opinionated rapper was forced to use his Twitter account where he had a message for Facebook CEO/founder Mark Zuckerberg: “@zuck u just a racist.”

@zuck u just a racist

The deactivation came after Boosie shared an Instagram post asking for someone to appear in his new video for “Period” last week. The catch? The participant would have to be willing to get hit in the face on camera. But Boosie was willing to pay (albeit a random dollar amount) and made that very clear in the video clip.

“I got $554 dollars [for] whoever let me slap the fuck out them on the ‘Period” video,” he said. “I wanna come on that bitch, n-gga playing with me, I’m just going to bat him. BOP! But it got to be real though.”

Boosie added in the caption, “Period ‘video shoot’ I need 3 smacks cross yo shit for the video for good camera angles #pleasehelpmeout DM me if u trying to get the 554.”

Viral video of the scene started making the rounds over the weekend, which apparently led to Instagram’s decision to yank Boosie’s account again. In the clip, a seemingly intoxicated man walks up to Boosie and DaBaby in a gas station and says to Boosie, “You one of these punk ass rappers and you can’t rap. How you gonna tell me you a goddamn rapper?”

Boosie then smacks the man fairly hard and he goes down to his knees as Boosie says, “What the fuck wrong with you man!?”

Boosie had a similar issue with Instagram last April when his account was deactivated for posting sexually explicit content. He went off on Zuckerberg — who he mistakenly called Mark Zuckerburger — and demanded they restore his account.

The 38-year-old ultimately returned with a new account but vowed to sue Zuckerberg for discrimination.