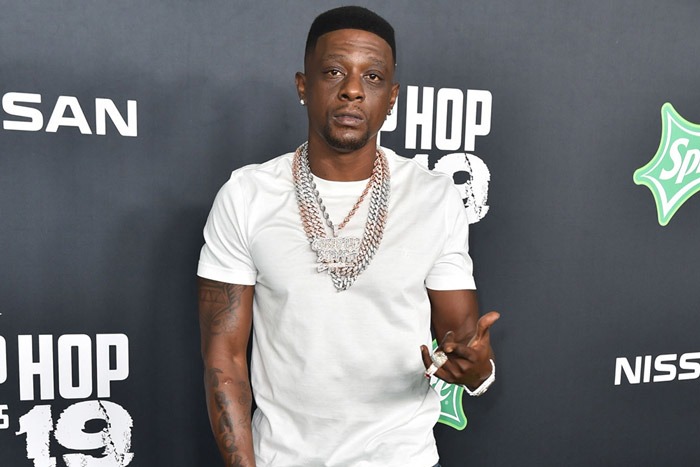 Boosie Badazz is speaking out following Dwyane Wade’s public support for his 12-year-old child Zaya, who recently revealed she identifies as female.

“Me and my wife–my wife Gabrielle Union–we are proud parents of a child in the LGBTQ+ community, and we’re proud allies, as well,” the retired NBA star said during an appearance on “The Ellen DeGeneres Show” last week.

While the family has rallied around Zaya, Boosie has decided to publicly criticize Wade for supporting his child, whom he shares with ex-wife Siohvaughn Funches. Taking to Instagram on Tuesday, the Baton Rouge rapper addressed Wade during his rant.

“I gotta say something about this shit, bro. Dwyane Wade, you gone too fucking far, dawg,” said Boosie. “That is a male. A 12-year-old. At 12, they don’t even know what they next meal gon’ be. They don’t have shit figured out yet. He might meet a woman, anything, at 16 and fall in love with her. But his dick be gone–how he gon’–like, bruh, you going too far, dawg.”

He continued to share more transphobic thoughts. “Don’t cut his dick off, bruh. Like, bruh, for real, if he gon’ be gay, let him be gay,” Boosie added. “But don’t cut his dick off. Like don’t address him as a woman, dawg. He’s 12 years old. He’s not up there yet. He hasn’t made his final decisions yet. Don’t cut his fucking dick off, Dwyane Wade, bruh. You fucking trippin’, dawg.”

As Complex points out, Wade did not say whether Zaya was receiving gender reassignment surgery, only that she wishes to use she/her pronouns.

“As parents, we put our hopes and we put our fears on our kids,” Wade told Robin Roberts on “GMA.” “With Zaya, we decided to listen to her. And she’s walking us on the journey.”

Boosie has been outspoken with his controversial views. He recently called out Gayle King for bringing up Kobe Bryant’s rape case during her interview with former WNBA champion Lisa Leslie.

FULL INTERVIEW: NBA superstar @DwyaneWade opens up to @robinroberts about daughter Zaya’s gender identity and why it was important to feature this journey his new @ESPN documentary. https://t.co/ZdCAUU3gAQ pic.twitter.com/Bf6xUJQvcx