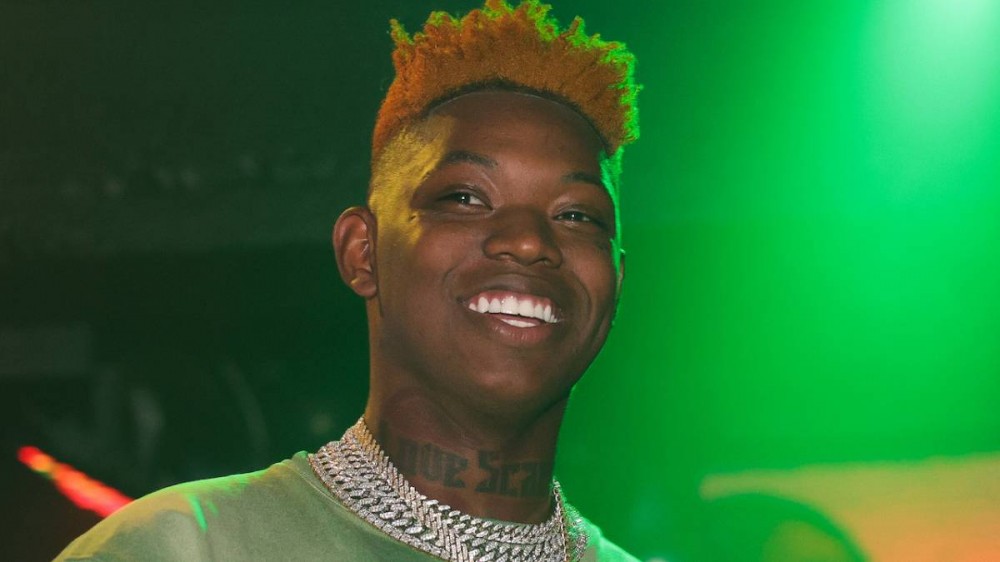 Houston, TX – Yung Bleu might be in a little physical pain after a recent show in Houston.

Not long after taking the stage for a headlining concert on Saturday (April 24), the “You’re Mines Still” rapper took a tumble after missing a step on the slanted stage. He attempted to play the fall off and jump back into performing, but fans quickly captured the moment and uploaded it onto social media. Bleu could only react and laugh.

Even Boosie Badazz had to weigh in on the situation, blaming the devil for Yung Bleu’s mishap.

The fall is similar to what happened with Rod Wave in October 2020. After the Florida native took the stage at Morris Brown College, the stage buckled underneath him and his entourage before eventually collapsing. Luckily, no one was injured in the fall and Rod was a good enough sport to share the video on his Instagram page, writing, “PIMP DOWN! I REPEAT PIMP DOWN!”

Before the nasty spill on Saturday, Bleu weighed in on the current state of the criminal justice system in America. After Philly rapper AR-Ab was sentenced to 45 years in prison for drug charges, Yung Bleu wondered how drug charges seemingly carried harsher sentences than those when cops are found guilty of killing people.

“Riddle me this, dog,” the HipHopDX Rising Star wrote on April 15. “How the fuck you get 40 years for selling drugs, but a white police officer kills a Black man and y’all don’t even wanna give him manslaughter?”