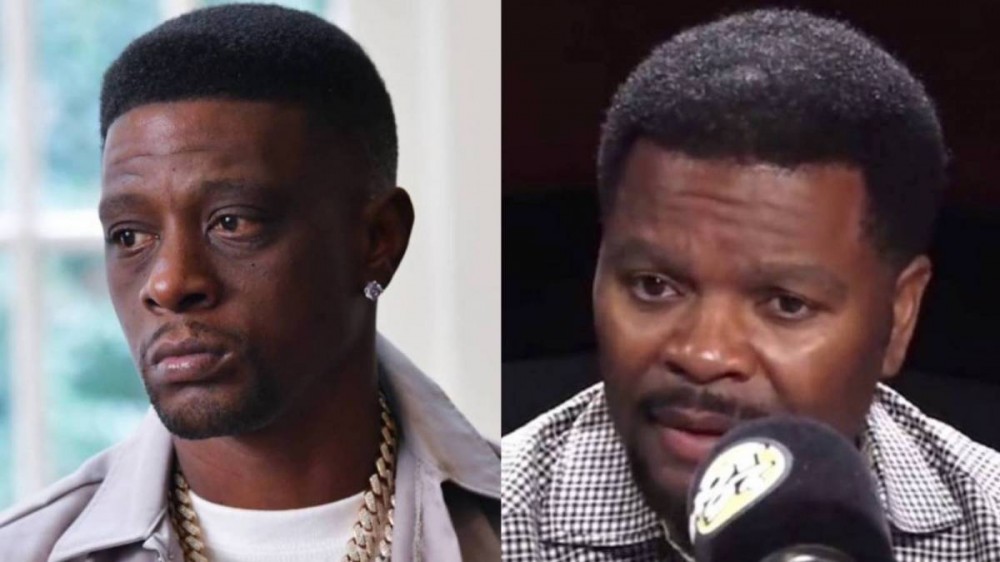 During a sit-down with VladTV, Boosie spoke about the ABN rappers’ situation and how it doesn’t really affect him much. According to Boosie, their beef is something that happens every day, but if there’s anybody that can put an end to it, J Prince is the man.

The 57-year-old has been a force regarding rappers burying the hatchet. He had T.I. and Lil Flip sit down for a conversation in the middle of their bitter feud in the early 2000s. Most recently, Prince had Drake and Kanye patch things up at the 6 God’s Toronto mansion.

“I don’t got no take on it,” Boosie said about the friction between Trae and Z-Ro. “Regular city-on-city shit. That shit happens every day, bro. Just thank God it wasn’t no, you know, nobody ain’t get killed or nothing like that.”

He continued: “Hopefully they can resolve it. A matter of fact, I hit the old man. I hit J Prince the other day, and he was at the table with Trae, that’s crazy. Not Trae. He at the table with Z-Ro, bro. So I think that shit gon get smoothed out. I just hate that it’s two that I done worked with you know.”

Things between Trae Tha Truth and Z-Ro hit a tipping point last month when they got into a physical altercation after leaving 50 Cent’s celebrity basketball game during his Tycoon Weekend in Houston. Footage from the incident shows Z-Ro balled up on the ground while someone repeatedly punches him. Several people pull the man off Z-Ro, who then gets back up, ready to fight.

Trae can be seen restraining the man attacking Z-Ro before he and his entourage appear to make verbal threats until police intervene. Ro later claimed in an interview with TMZ that he was “sucker punched” by the Street King rapper and his crew.

Trae Tha Truth shared his side of the story after the physical altercation refuting the narrative that he “ambushed” Z-Ro, and revealed they spoke for roughly two hours the day after the fight. While he didn’t go into detail about what sparked the scuffle, he chalked it down to family drama that’s been brewing for some time.

TMZ ruined his moment by sharing a new clip earlier this month showing Trae Tha Truth appear to attack Z-Ro alongside four others by punching and kicking him. At one point, it also looked as if one of the people attacking Z-Ro snatched his gold chain.

Elsewhere during his chat with VladTV, Boosie Badazz revisited the homophobia-related controversy that he believes led to his canceled reality television series.

“We had shot it, got some good pilots for it,” he said. “When we was getting ready to pitch it, that’s when the gay shit was out about me and all that shit was going on,” Boosie explained. “You know, when I said about I hate gay people and shit. You know what I’m talking about, mane.

“They tried to turn me against the gay world. A lot of people was backing away. Personally, I didn’t like that. I felt like I was shunned away. I was like, ‘Fuck it. Fuck y’all. I don’t need this shit. Watch what I’m finna to make off this movie.’ Basically that was it.”