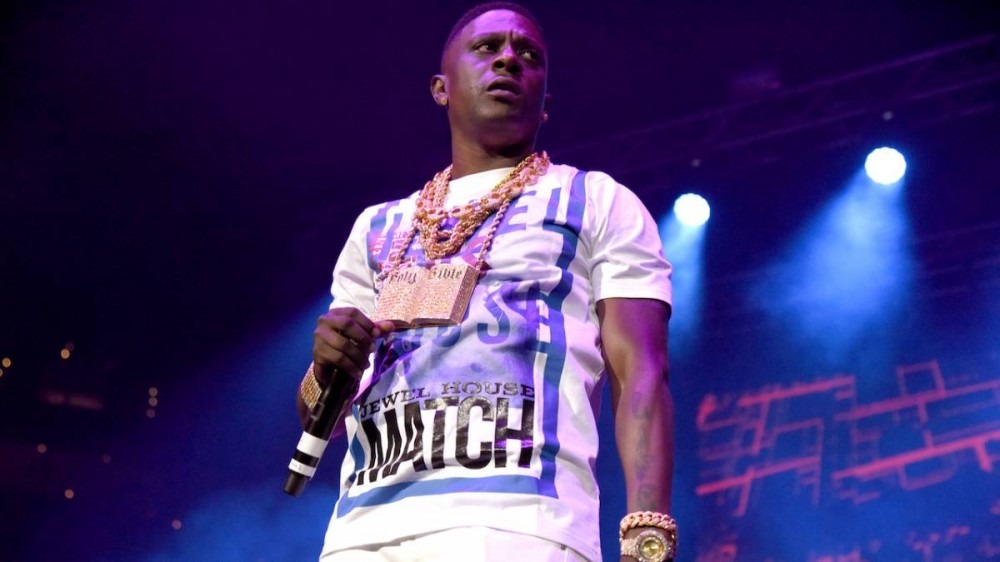 Baltimore, MD – Trouble seems to follow Boosie Badazz wherever he goes. Days after the Legendz of the Street concert was shut down in Atlanta due to an onstage brawl during his set, a man was reportedly shot multiple times at a Boosie Badazz afterparty in Baltimore.

According to the Baltimore Sun, the incident took place in the wee hours of Monday morning (October 4) at the Euphoria Nightclub during a “Championship Sundays” party with the Baton Rouge-bred rapper.

Police say a 27 y/o man is in critical condition after being shot multiple times in upper body and head after a fight broke out at Euphoria Nightclub, which was hosting an after party event with Boosie pic.twitter.com/zH2ooon024

A 27-year-old man soon checked in at a nearby hospital with several gunshot wounds. The shooting victim is currently in critical condition after being struck in the head and upper body.

Police are asking anyone with information about the shooting to call (410) 396-2422. Those who wish to report information anonymously can call Metro Crime Stoppers at 1-866-7LOCK-UP.

Boosie Badazz was mid-performance at the Legendz of the Streetz concert on Friday night (October 1) when another fight broke out. In footage obtained by TMZ, a man is seen exiting the DJ booth to confront another man onstage before all hell breaks loose.

But perhaps, this is all just part of Boosie’s “struggle.”