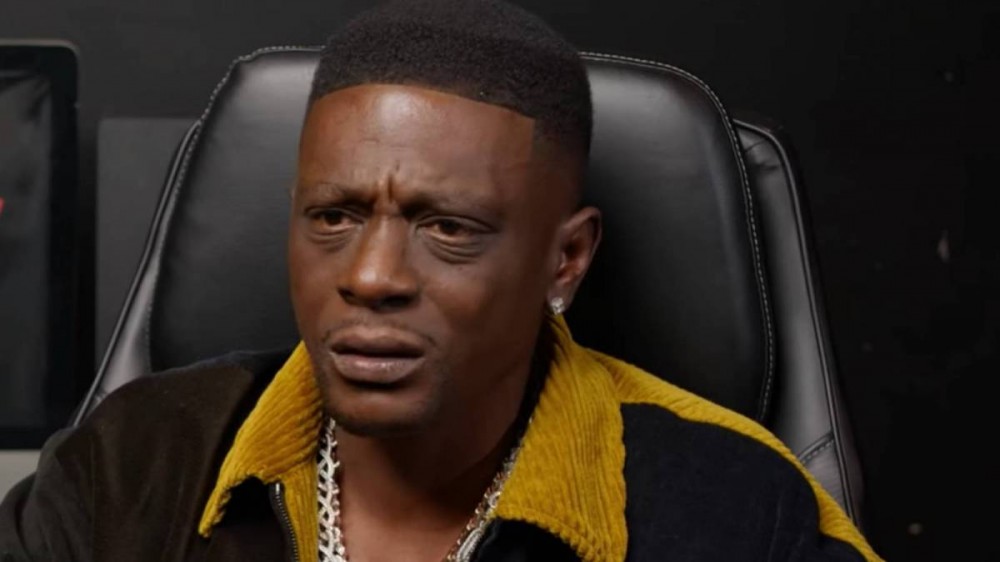 It’s clear as day that Boosie Badazz is not a fan of Lil Nas X and his outspoken nature. Boosie has dragged the MONTERO rapper for just about everything, such as his salacious performances and wild outfit choices.

During a recent visit to VladTV, Boosie spoke on the moment Lil Nas X dropped the pictures of him with a pregnant belly to promote his debut album, MONTERO. Boosie wasn’t feeling the images — on top of everything else surrounding the album — and questioned why the openly gay rapper was allowed to post photos of him with a “pregnant” belly while women can’t show their private parts publicly.

During the interview, Boosie also made it clear he’s sick and tired of Lil Nas X’s trolling. Last month, the 22-year-old rapper responded to Boosie’s criticism of his pregnancy photo shoot with a cheeky apology containing a pre-order link to his MONTERO album.

“When I’m talkin’ about this shit, I’m so serious,” Boosie said. “This dude is trolling! Hey, I’m not fuckin’ with Lil Nas X. I’m not fucking with that dude. I’m talking about some real shit and the world just, bro. I’m still raising mine like I wanna raise mine. Ain’t nobody gon’ tell me how to raise mine. I’m a fight to keep a traditional household. That’s just me.”

Despite handling the complaints gracefully, Lil Nas X doesn’t understand why people don’t fully respect him in Hip Hop. In a recent interview with XXL, the “Industry Baby” rapper admitted he doesn’t get as much love as he thinks he deserves — but said he belongs in the culture, whether people like it or not.

“Honestly, I don’t feel as respected in hip-hop or many music places in general,” he said. “But these are communities that I am a part of, whether people would like it or not. This is something that I wanted to do because, not that my entire album is rap, but there are rap tracks on my album. I am a rapper. I am a pop star. I am a gay artist. But it’s like, I belong in these places, you know?”