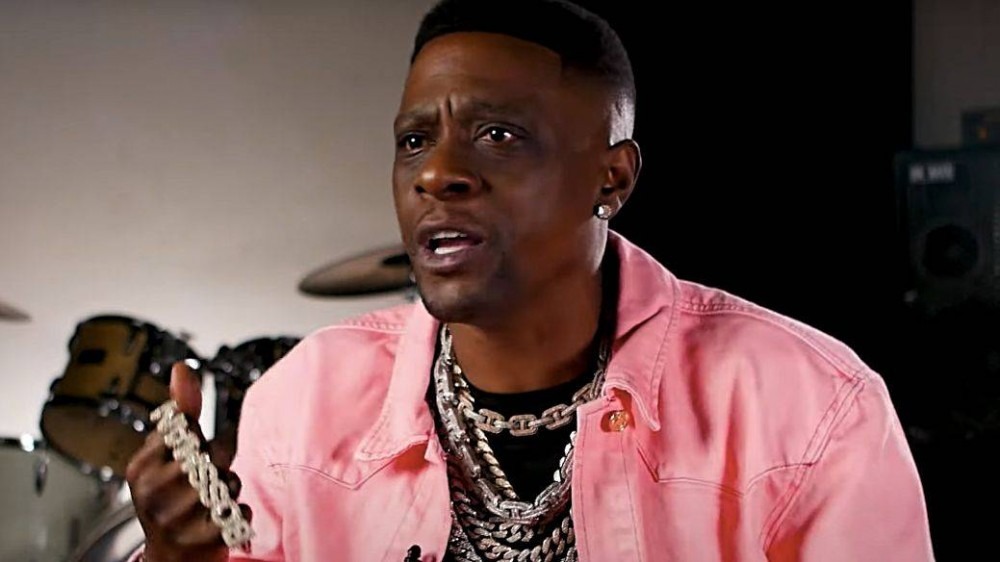 Donald Trump handed down 143 pardon or commutations on his final full day in the Oval Office, which freed Kodak Black and Death Row Records co-founder Michael “Harry-O” Harris and prevented Lil Wayne from facing 10 years in prison on a federal weapons charge. But Boosie Badazz was fuming after he learned Corey “C-Murder” Miller wasn’t on that list.

What he failed to understand was a presidential pardon only applies to federal charges — not state charges. Nonetheless, Boosie was heated on January 20 and fired off a tweet that read, “Everybody can get a pardon but #cmurder #bullshit #innocentman 20#years+ IM PISSED THE FUCK OFF TODAY don’t wanna y’all to anybody today so don’t call THANKS.”

During a recent interview with VladTV, the BadAzz Music Syndicate boss explained why he was so upset.

“I was expecting him to get a pardon before anybody,” he says in the clip. “If his name was on Donald Trump’s desk, I feel like he should’ve gotten a pardon before anybody because he’s innocent. He done almost 20, you know. It’s been 20 years, bro. I was in my feelings that day. That’s my partner. I really want to see him come home, but there’s a lot of doors closing on him.

“When I woke up, I really kind of lost it. I grabbed the phone and made a video to Kamala Harris and the President [Joe Biden]. My people like, ‘No you can’t drop it.’ I was like, ‘Save him!’ I said straight to Kamala, ‘What if you had a son who’d done 20 years and he’s innocent? You would want him free!’ But I just ended up tweeting what I said and calmed down and just prayed for him.”

When Vlad tells him only the Governor of Louisiana John Bel Edwards can pardon C-Murder, Boosie replies, “That shit crazy. The president could tell the governor to pardon him.”

C-Murder was convicted in 2009 of fatally shooting 16-year-old Steven Thomas at a nightclub in 2002. In 2018, two key witnesses in the homicide case changed their stories, prompting Miller to seek another trial. But in January 2019, Judge Steven Enright of 24th Judicial District Court determined the recantations of two witnesses in the case weren’t credible and refused to grant him another trial or throw out the original conviction.

Several high profile celebrities have lobbied for Miller, including Keeping Up With The Kardashians star Kim Kardashian and his ex-girlfriend Monica. In August 2020, Boosie tweeted to Kardashian, “@kimkardashianwest If You Free CMurder I Got You For Life. That’s On Bleek.” Despite her relationship with Trump — who pardoned Alice Johnson in 2018 at Kardashian’s request — her efforts were unsuccessful and Miller will continue to serve out his life sentence unless Edwards sees it fit to help him.