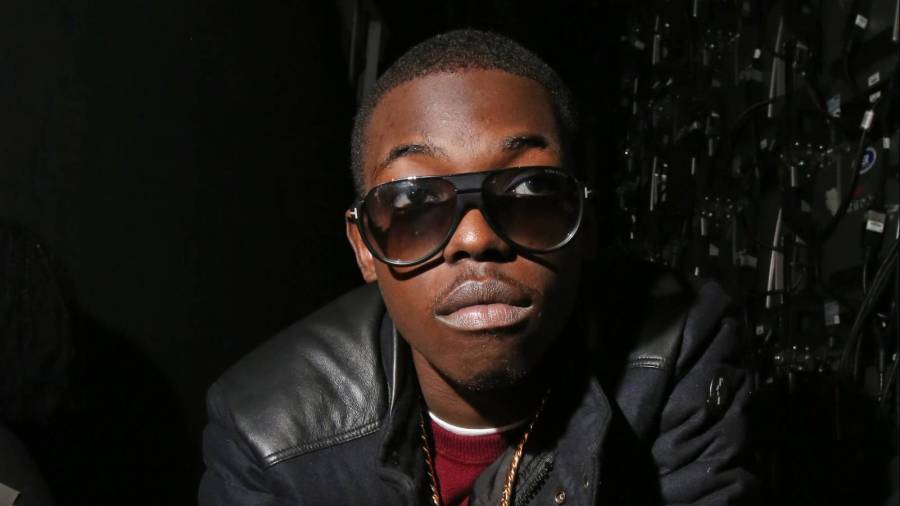 Life isn’t quite back to normal for Bobby Shmurda following his release from prison on February 23. The Brooklyn rapper showed that on Tuesday night (April 20), when a fan tried to give Shmurda a fresh new pair of kicks as a gift.

In the video, the fan presents a grey Nike box to an excited Shmurda who’s eager to see what’s inside. Once the fan lifts the top of the box open, Shmurda sees what’s inside and storms off.

“I’m on parole, I can’t do that,” Shmurda said while moving away from the fan.

Inside the box was a crisp pair of custom Nike Air Force 1 sneakers. The problem Bobby Shmurda has with the new sneakers lies in their design though. The custom kicks had a blue paisley design draped across various sections of the iconic model.

The conditions of Bobby Shmurda’s parole prevent him from hanging around any convicted felons or being involved in any type of gang activity. Since a blue paisley bandana is the universal symbol of the Crips, Shmurda seen wearing the custom pair would be a violation of his parole.

Bobby Shmurda had a similar situation happen at his release party in February. While sitting down and enjoying the good vibes from the event, Shmurda was approached by a waitress offering him an alcoholic drink. Shmurda had to turn it down since he can’t consume any liquor or drugs during this five-year probationary period.

Along with staying away from liquor, drugs and convicted felons, Shmurda also has an 8 p.m. curfew, must undergo counseling for aggression and anger and is required to maintain a job.