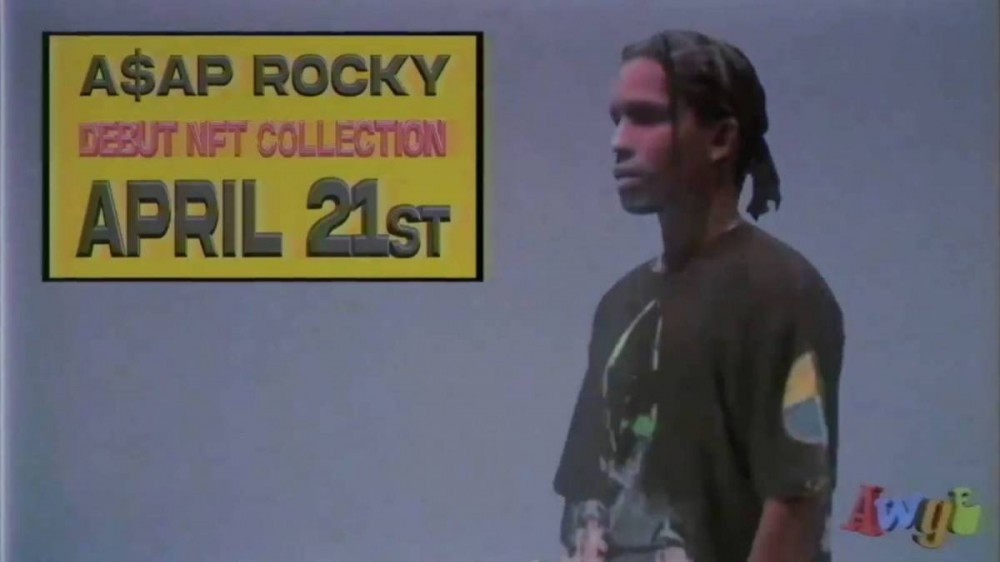 With each passing moment, Hip Hop artists are breaking into the world of cryptocurrency within the trending space of non-fungible tokens (NFT), and Bobby Shmurda, A$AP Rocky, among several others are among the latest group of rap stars to announce NFT drops.

Following releases from The Weekend, Post Malone and Rico Nasty in March, Snoop Dogg seemingly opened the flood gates in April with his A Journey With The Dogg NFT auction on Crypto.com — which celebrates the early years of the 20-time Grammy-nominated rap monolith along with his new releases such as “Roaches.”

In a bold and groundbreaking crypto technology partnership with Minecro Inc., a.k.a. “The Magic Mushroom” company, Bobby Shmurda has announced his first concert in over six years since his imprisonment, as apart of his forthcoming docudrama releasing on June 19.

Bobby Shmurda’s homecoming concert is expected to draw a massive viewership base of over 100 million subscribers between streaming platforms like Amazon, Roku, Apple TV and its own network SHRUTV.com.

Utilizing Minecro Inc.’s blockchain technology currently emerging as a leader in payment processing in the developing marketplaces of psychedelic psilocybin mushrooms and mariujurna, Bobby Shmurda is offering fans who own $SHRUCOINS to purchase ticket to his concerts with Rowdy Rebel. For the price of $20 in $SHRUCOINS, GS9 stans can cop tickets to the show on shrucoin.com to secure their spot.

Minecro Inc., who specializes in the research, production, and distribution of psilocybin mushroom products, believes cryptocurrency-powered live event partnerships like Bobby Shmurda’s will help decentralize the music industry in the same sort of way cryptocurrencies continue to expand the world-wide network of decentralized banking.

A$AP Rocky is also teaming up with cryptocurrency marketplace Nifty Gateway to auction his first NFT collection on Wednesday (April 21). Complex reports the collection will feature items from A$AP Rocky’s creative collective AWGE Shopping network along with a snippet of the Rolling Loud-headlining rapper’s unreleased track “Sandman” from his 2021 Yams day performance.

In a tweet announcing the 7 p.m. EST. release of the NFT collection, Rocky shared a promotional video featuring images of the AWGE Shopping Network items included in the drop.

NFT’s are like collectible sports cards and essentially serve as a digital certificate of authenticity for “an object, real or virtual,” a tech expert recently penned in the L.A. Times. Artists are utilizing  NFT’s for virtual concert experiences like Bobby Shmurda’s, or releasing collectible tokens like Snoop Dogg’s A Journey With The Dogg, in addition to countless other applications.

Earlier this month Jeezy signed a partnership deal with Liquid Avatar Technologies’ subsidiary Oasis Digital Solutions to create an animated NFT of his snowman logo. The NFT will give Jeezy’s fans exclusive access to collectibles such as 3D artist-customized images and augmented reality (AR) technology for virtual concerts and other interactive experiences.

6ix9ine also dropped an April NFT featuring paired physical pieces of art printed on canvas, an RIAA-platinum-certified Dummy Boy album plaque with the owner’s name engraved and along an NFT representing ownership of the physical plaque in virtual world integrations such as Atari Metaverse and other virtual worlds.

Brush up on the convergence of cryptocurency and the rap world with DX’s guide to NFT’s here.