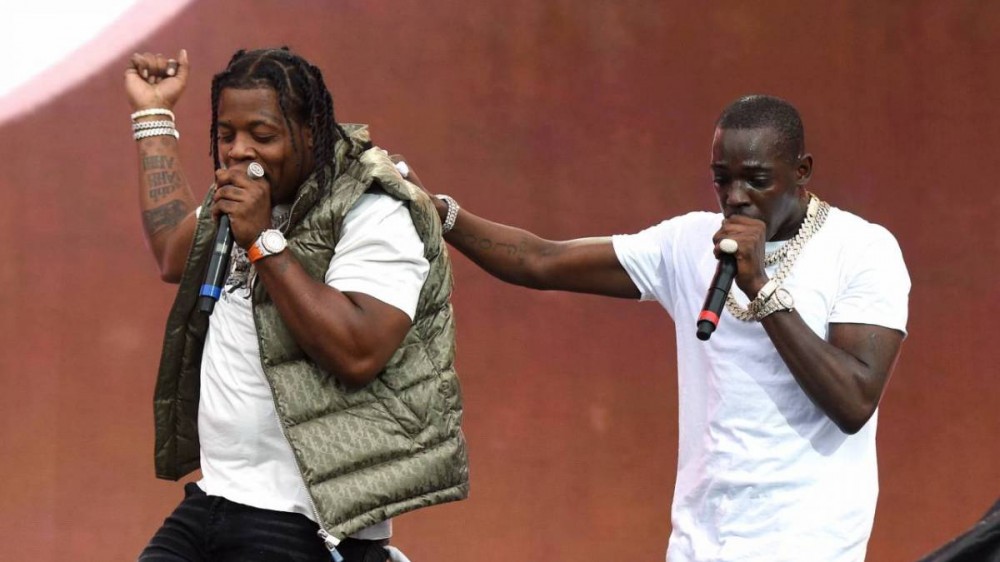 Bobby Shmurda and his GS9 running mate Rowdy Rebel are finally hitting the road together for the first joint tour of their careers.

The North American trek was announced earlier this week and is set to kick off with the first show on October 8 in Portland, Maine.

“Get yah tickets now we outside Im bringing a whole lotta rated R shit outtt all the gangsters and freaks this ah Shmurda tour this going be the craziest shit ever y’all think ima crazy now watch when I get on tour,” Shmurda wrote.

Check out Bobby’s tour announcement below:

There’s a break until around Halloween when The Bodmon Tour will continue with dates slated for Salt Lake City, Los Angeles, Phoenix, Dallas, Philadelphia, Boston, and a special homecoming show at NYC’s Terminal 5 on November 19.

The “Computers” collaborators will also hit Atlanta, Detroit, Cleveland, Chicago, Orlando and wrap up in Fort Lauderdale on December 8.

Rebel added: “First time ever me and bro @itsbobbyshmurda going on tour… this what they didn’t wanna see but we made it happen! We coming to a city and state near you… Afterparties about to go crazy come turn up with us.. Get yal tickets.”

Tickets are available to purchase here and fans can even select a meet-and-greet option with Bobby as well.

After spending six years behind bars, Bobby Shmurda is excited to connect with fans across the country on his first tour. Support for the trek will come from Jay Critch and Lou Got Cash.

As for Rowdy Rebel, he’s getting in shape for the stage by getting in some workouts on the basketball court. He was spotted hooping earlier this week with Drake, where the 6 God dominated the game with an alleged 12 three-pointers.

Check out the full dates for Bobby Shmurda and Rowdy Rebel’s The Bodmon Tour below: