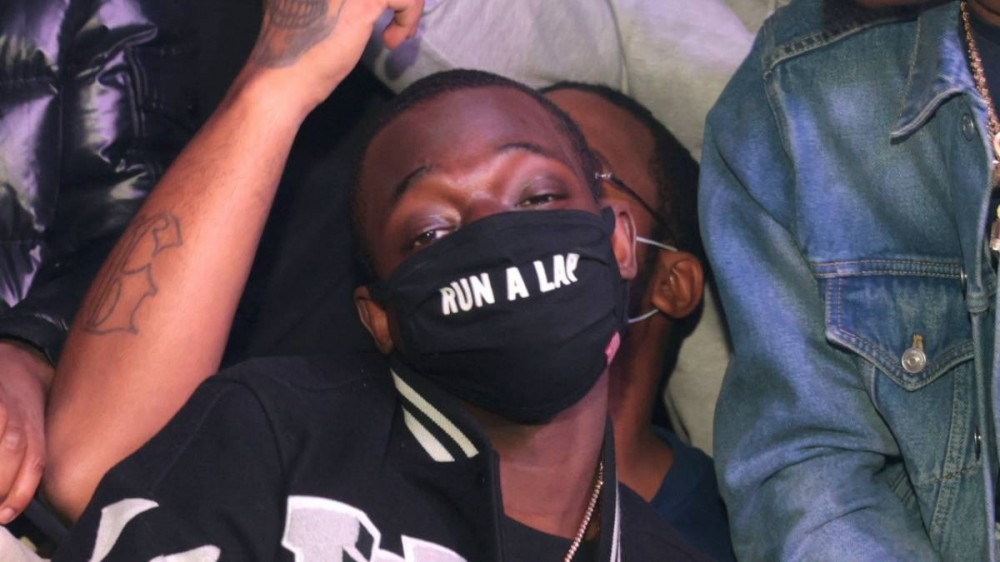 While every meal can be considered a gourmet meal compared to what Bobby Shmurda was stuck with while behind bars since December 2014, his recent meal at a fine-dining establishment left much to be desired for the Brooklyn native.

“What the fuck is this?!” Smurda laughed as he showed off his two plates, which included a bowl of pasta and a side of exactly one shrimp and one garnish.

“Why they do my boy like this though?” his friend added from behind the camera. “One shrimp? They brought one shrimp and a flower. That shit gon’ be $10,000.”

Rich people problems aside, Shmurda has been going hard since his release from prison less than one month ago. Within a week, he was already in the studio working on new material, linking up with platinum-selling producers Zaytoven and Mike WiLL Made-It in Atlanta during All-Star Weekend. The “Hot N-gga” rapper has appeared on Zay beats in the past but only by way of features, including Migos’ “Shmoney Never Stop,” “On My Way” with Rowdy Rebel and Rich The Kid and Shy Glizzy’s “Celebration.”

While in the A, Shmurda also grabbed the bag at club appearances, hosting a party alongside 50 Cent at Compound one night that weekend and linking with Meek Mill for a party at The Dome the following night.