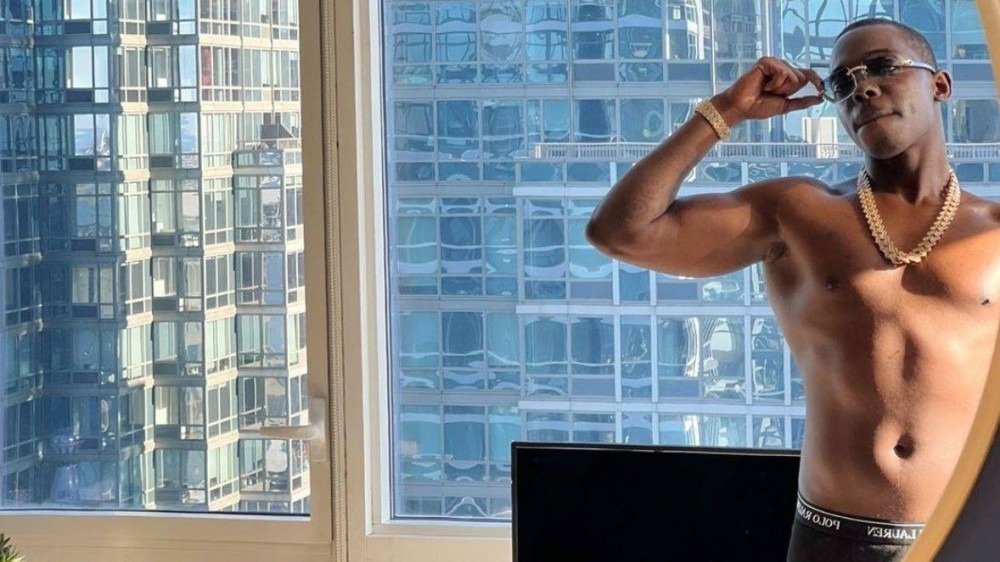 The hype around Bobby Shmurda’s prison release is palpable in the Hip Hop community. The 26-year-old rapper walked out of Clinton Correctional Facility in upstate New York on Tuesday (February 23) and on to a private jet where he was taken back to the Big Apple.

Upon arrival, several of his fellow GS9 brothers — including Rowdy Rebel — Migos rapper Quavo and his mother welcomed him home with open arms. Shmurda was also greeted with a spirited homecoming party where he was the center of attention. After all, it’d been six long years since he was locked up on charges of conspiracy to possess weapons and possession of a weapon and people had been anxiously awaiting his return.

On Friday (February 26), a clip of the celebration showing Shmurda turn down an alcoholic drink went viral. But there’s a perfectly reasonable explanation for that — he’s under the watchful eye of the federal government until 2026 and staying substance free is apparently part of his release conditions.

Shmurda eventually addressed the chatter online and confirmed why he turned down the drink, writing, “Hell nah n-gga on parole.”

GQ magazine caught up with Shmurda on his first day of freedom and discussed his time inside. During the conversation, the Brooklyn native pinpointed the exact moment he knew he needed to change.

“It was 2016, I was in the box,” he said. “A six-year-old girl wrote to me; she said I was her favorite rapper… That just let me know the kids are watching me, and I have to be a role model.”

Prior to prison, his GS9 friends actually had to bribe him to do the “Hot N-igga” video and he admittedly wasn’t really too intent on pursuing a rap career. But that letter made him reevaluate his life.

“I didn’t really care too much for it until I went to jail and I seen how the fans were loyal,” he said. “I can’t name a week that I didn’t see at least 10 [pieces] of fan mail, throughout the whole bid.”

In the days since Shmurda was released, his Instagram following exploded from 900,000 followers to 4.5 million while his streaming numbers jumped by an astonishing 624 percent. He’s also seeing 3.7 million on-demand streams on his music as a lead artist. Needless to say, Shmurda’s future looks bright and he’s clearly trying to stay on track to ensure he never goes back to prison.