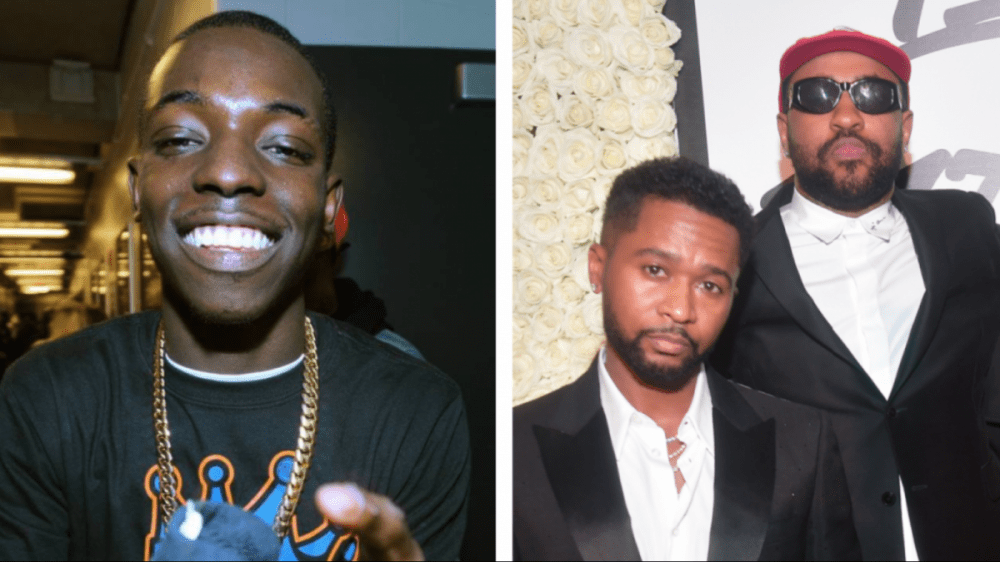 While Bobby Shmurda hasn’t dropped any music since his February prison release just yet, the Brooklyn native isn’t wasting any time working on new material.

Zaytoven took to his Instagram Stories on Tuesday night (March 2) to share a video of himself in the studio with the “Hot N-gga” rapper and fellow Atlanta producer Mike WiLL Made-It. The Grammy Award-winning beatmaker panned the camera around the room to reactions from his two collaborators while a hard-hitting track played in the background.

In the clip, Shmurda can be seen paying tribute to Nipsey Hussle by wearing a Marathon Clothing sweatshirt.

Bobby Shmurda cooking up with Mike Will & Zaytoven in Atlanta 👀🔥 pic.twitter.com/eORYzodNG0

Zay has produced a number of Shmurda-featured songs in the past, including Migos’ “Shmoney Never Stop,” “On My Way” with Rowdy Rebel and Rich The Kid and Shy Glizzy’s “Celebration.”

Along with the video, Zaytoven posted a photo with Shmurda to his Instagram page with the caption, “HOW HOOD IS THIS ?”

Shmurda recently revealed his lowest moment behind bars was when he decided to take his music career seriously.

“It was 2016, I was in the box,” he said. “A six-year-old girl wrote to me; she said I was her favorite rapper… That just let me know the kids are watching me, and I have to be a role model. “I didn’t really care too much for it until I went to jail and I seen how the fans were loyal. I can’t name a week that I didn’t see at least 10 [pieces] of fan mail, throughout the whole bid.”

Shmurda’s visit to the ATL coincides with NBA All-Star Weekend and the two high-profile events he’s hosting over the weekend. On Friday (March 5), he’s teaming up with 50 Cent for a party at the Compound nightclub, then heading to The Dome on Saturday (March 6) for a function he’s putting on with Meek Mill.