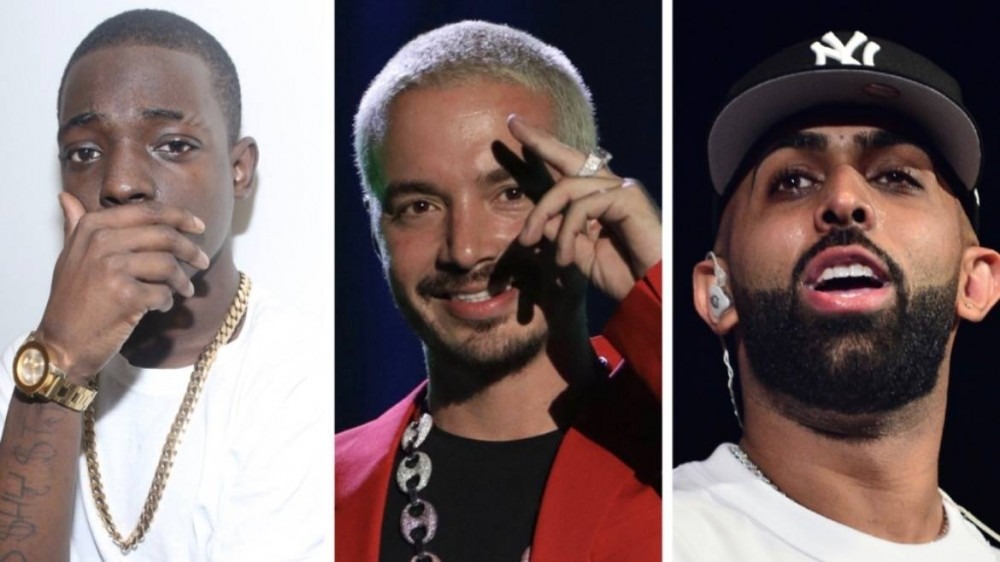 Bobby Shmurda isn’t wasting any precious time in the studio these days. On Thursday (April 7), the Brooklyn rapper took to Instagram to let his fans know the big-name features he’s working with in the studio.

In the trio of pictures, fans can see Bobby tapping in with Latin rap stars J Balvin and Eladio Carrion for a unique studio session. The link-up comes as a huge surprise to fans, given the three artists very different music styles.

In J Balvin’s Instagram post of the studio session, fans can hear a snippet of the collaboration.

There’s no word if this collaboration is landing on a project by either of these men. Still, given the positive reactions in his comment section, fans are excited to hear what this unlikely union created in the studio.

On Wednesday (April 7), the “Hot N-gga” rapper teased fans with another update on when they could expect new music from him. Shmurda took to his Instagram Story to repost a looped clip of him heating up the mic in the studio. The original video comes from Rich The Kid signaling a possible collab between the two rappers.

“It’s gonna be a hot summer,” the Brooklyn rapper wrote in his repost.

Bobby Shmurda has already been seen having studio sessions with Rowdy Rebel and Lil Durk while also meeting up with producers Mike WiLL Made-It and Zaytoven. There’s also the long-awaited ShMigos collab mixtape from Migos and Bobby Shmurda.