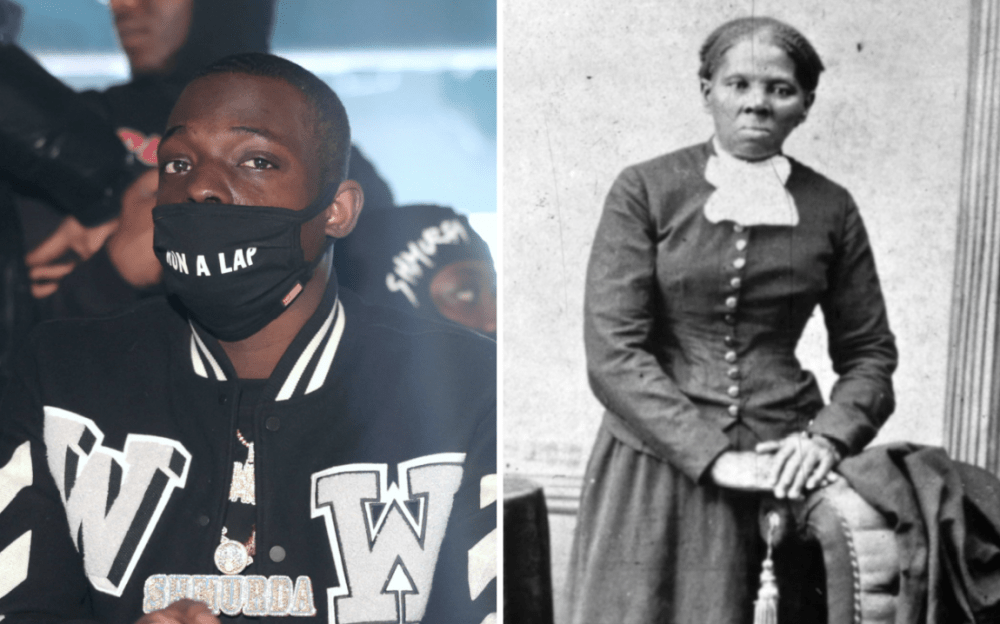 While Bobby Shmurda is yet to drop any music since his release from prison, the Brooklyn native carved out time this week to get some fresh ink. Shmurda stopped by tattoo artist Daz Leone’s shop on Tuesday night (May 4) for a session to start his Harriet Tubman portrait on his right arm.

With the first session in the books getting the abolitionist inked into his arm, it looks like this could be part of a bigger project of artwork possibly celebrating historical Black figures on his body.

“First session of a long project,” Daz Leone wrote with a photo of the “Hot N-gga” rapper. “Welcome home bro. He got some fire on the way.”

Bobby Shmurda hasn’t given an exact reason behind the Harriet Tubman inspiration, but perhaps it will all make sense when the piece is completed. After escaping to freedom in 1849, Tubman lead approximately 13 missions to free about 70 slaves from the South using the Underground Railroad.

The GS9 rhymer has been getting reacclimated to life outside the pen and has made appearances at events such as NBA All-Star weekend and DMX’s celebration of life memorial earlier in April.

For the most part, he’s still laying low with strict parole provisions not allowing him to drink alcohol or go out to bars and be around gang members. Bobby Shmurda was released in February after more than six years behind bars.