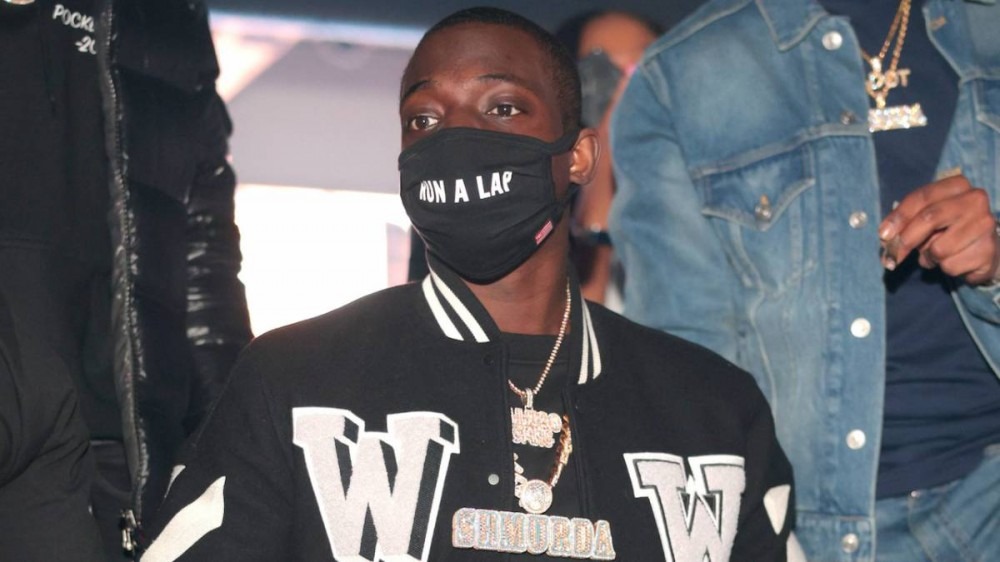 New York, NY – Bobby Shmurda’s once more enjoying the spoils of being outside. After a recent trip to famed jeweler Avianne & Co. in New York City, Shmurda couldn’t help but compare his excitement of a new diamond custom piece to welcoming a bundle of joy into the world.

“For all the ladies, I know how y’all feel when y’all be crying when y’all having babies and shit,” Shmurda said in a video captured on Saturday (May 8). “That’s 70 on that bitch, stop playin’ nigga!”

According to Avianne, the BODBOY pendant Shmurda picked up was an early birthday gift for the “Hot Nigga” rapper. Shmurda’s reaction to the gift is a stark contrast to the one he displayed in April when a fan attempted to give him a pair of blue paisley-flagged Air Force One sneakers. Realizing what the sneakers implied and the universal symbol of what the color represents, Shmurda quickly ran away from the box amid fears of going back to prison.

Shmurda has been in the public eye frequently since his February release from prison. His profile is set to grow even more as he’s signed on to participate in The Crew League’s upcoming second season. Airing on REVOLT, The Crew League pits Hip Hop crews against one another on the basketball court. The winning crew earns a $200,000 prize at the end of the season.