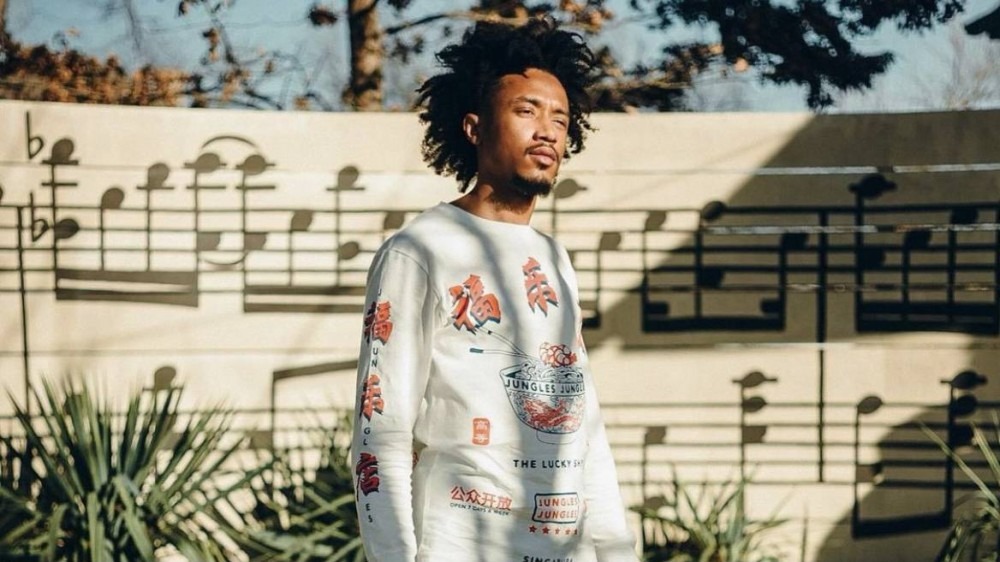 The Law of Attraction is an idea that people can make their dreams a reality so long as they fully believe in it. Various studies and countless books do a deep dive into the Law of Attraction, and there was even a 2006 documentary called The Secret that claimed to reveal the mystery behind this phenomenon.

Dallas, Texas rapper Bobby Sessions is a strong supporter of the Law of Attraction. In March 2013, Bobby Sessions learned about the philosophy after watching The Secret on Netflix, and it wasn’t the easiest thing to believe with how exaggerated some of the information was. Still, Sessions knew this was something valuable that he had to explore.

“When I first watched it, I thought it was bullshit, honestly,” Sessions told HipHopDX. “The information was so different from what I was accustomed to hearing about how things happen. I was one of those people that literally thought your thoughts were on autopilot, and I really didn’t know that I could literally control my thoughts. That was nothing I ever even heard of, and I was so intrigued by the idea.”

At this time, Sessions was not happy with where he was in life. He worked at a grocery store and struggled to get his music career off the ground. But after watching The Secret and spending many hours in the self-help section in the library, Sessions began applying the Law of Attraction methods. Once Sessions got his mind in a state that allowed him to visualize his thoughts, life started turning around for the Dallas native.

Today, Bobby Sessions is a Grammy Award-winning rapper signed to Def Jam Records with a pair of movie soundtrack placements under his belt. Everything he’s achieved until this point has resulted from applying the Law of Attraction to his life, and Sessions plans to do even more with this philosophy. One of those plans is to inspire and teach other people about the Law of Attraction. Enter MANIFEST, Bobby Session’s debut studio album.

MANIFEST is a 12-track album that Bobby Sessions calls the soundtrack to making your dreams a reality. Each song explores the different philosophies of manifestation, and Sessions gives his listeners a healthy dose of bars that help bring the vision of this album to life. With MANIFEST, Bobby Sessions hopes his listeners will realize their genius-level potential in being the best versions of themselves.

According to Bobby Sessions, MANIFEST is kind of like an album that pioneered the principles of self-help in music form. The same way people look at books such as The Secret and Seven Spiritual Laws Of Success is how he wants MANIFEST to be viewed.

“Hopefully people can use this album as a guide to push them past their potential,” Sessions said. “This is something I’m really passionate about.”

To celebrate his new album, Bobby Sessions teamed up with HipHopDX for a how-to guide on manifesting your ideas. The “Gold Rolex” rapper gives fans a walkthrough of his day and what he does to put his mind in a state of manifestation. Check it below.

Step One: Don’t Let The First Thing You Do In The Morning Be To Check Your Phone

When I wake up, I try my best to not immediately touch my phone. That’s my first goal of the day is to try to not touch my phone. I’m trying to actively tell myself don’t let the first thing you do be touching your phone, unless you’re trying to go on YouTube or go to Audible to listen to something motivational. In my head, since I’m just now waking up and I’m in that weird blurred space between my subconscious and my conscious mind, my subconscious mind in this space is very receptive to information. So this is a prime window for me to put information that’s going to be constructive or destructive, and it’s going to set my tone for that day.

If I’m having a real great day before I even get to the phone to do that, I wake up and I just go into a state of gratitude. I thank God for waking me up and thank him for putting me in a space to have another opportunity to get it, another opportunity to do what I love, to have this human experience. Then I go to the phone and go on Audible or YouTube. I’ll try to start with that. Shortly after I’ll drink some green tea and some water. I just put myself in a very calm, but confident state.

By the time I get to my phone, like I said, I try to watch some motivational or inspirational thing. Let’s say that topic is body language or it’s on being powerful or something like that. Shortly after watching that or sometimes in the middle of me watching it, I’ll just start saying that out loud. It will be like I’ll wake up and I’ll be like, “I’m dominant.” That’s one that’s been a lot just from a combination of that of me watching The Last Dance. That documentary has been as valuable as The Secret to me, just because I get into the state of somebody that dominated what they do.

So that’s the affirmation I do a lot, “I am dominant. I’m dominant, I’m the greatest. I’m the greatest.” I repeat it to the point that I get myself to believe that has already happened, and now, I’m just maintaining it as opposed to I’m here and that idea is here and I’m trying to pull it closer to me. I repeat this to the point that it’s a part of me, I don’t really try to convince myself of this because I’ve accepted this on pretty much every level that this is what the fuck it is. It’s important to anybody that reads this article, it’s like sometimes we’ll listen to videos or people saying affirmations, but it’s important for you to hear those same affirmations in your own voice.

Step Three: Keep You Mind And Body In a Calm, Positive State With Tea

For me, tea, or a hot drink like tea, in particular, feels like a liquid form of meditation, because if it’s super hot you can’t rush to drink tea as quickly as you can drink regular water. So tea, especially hot tea, forces you to take your time. It forces you to be present with each sip, because you don’t want to burn yourself. I realized tea pairs up with the affirmations because in order for it to sink into my system and become part of my program, I have to be present with each affirmation. With the tea, I’m reflecting over the manifestations and visualizing my day.

Step Four: Take Massive Action When You’re In A State Of Inspiration

Tony Robbins is like a Mount Rushmore of modern day motivational speakers. I heard him say in one of his videos, he was like, “You get this state once you visualize how your day is going to go, or even on a broader, big picture scale, how life goes, you take inspired action, or massive actions when you’re in that state of inspiration.” When you’re inspired, I think that’s when people are like their true selves because you don’t have this worldly interference. When you’re super inspired, you don’t have as many thoughts in your conscious mind on why you can’t do something. So when you’re in the state of ready, take massive action.

Step Five: Keep Your Mind In A Calm, Competitive State

Now this is the part that I need the most improvement on, because the night part is not a set routine for me. If I’ve been busting my ass all day, at night I try to do what I call doing some human shit, which could be playing 2K because I’m still competing, but it’s not rapping. I can still get that competitive shit up. One of my guilty pleasures is watching Family Feud because I’m still kind of competing with the game show contestants.

Other times at night I’ll be reflecting about the day, reflecting about life in general. I’m evaluating my performance that day or that week. I’m looking like, okay, I was inspired this morning, but instead of me taking that massive action, I squirreled on Instagram for two hours. Then I lost all of that inspired energy, and then I was in a rut today. Then I’m looking back, well, you was in a rut because when you were inspired you didn’t take any action.

You started doing regular shit assuming that you can turn this inspired switch on at any point kind of thing. I’ll look to the future. Okay, this is how I want tomorrow to go and I’ll be thinking about that late at night. That’s the area in my life that I’m very inconsistent in, and that’s a part that is important.