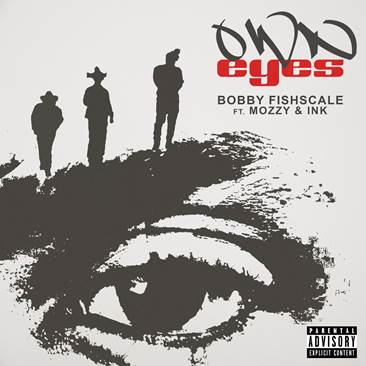 The Ben Marc directed video is set in an abandoned warehouse, to a nicotine-laced living room, before panning in on a young mother spotted with her newborn.

“Own Eyes” track tells the stories of coming up from a troubled young adulthood. The track forces listeners to reflect on realities many underserved communities face that typically go unnoticed.

“Own eyes to me means to not let others dictate your future,” said Bobby Fishscale. “See it with your own eyes.”