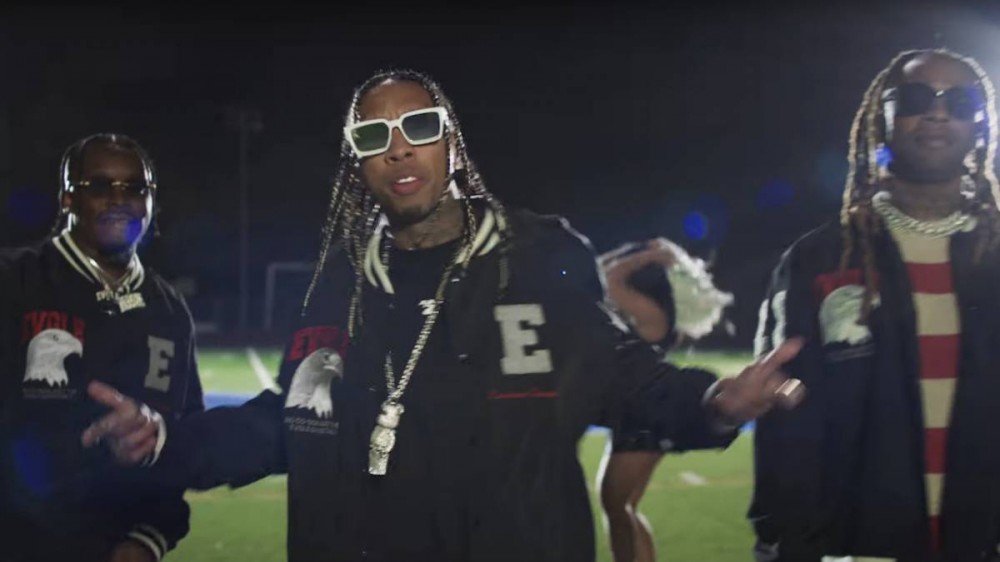 Blxst, Ty Dolla $ign and Tyga take it to a college campus for the visual to their collab, “Chosen.” From the football field to frat parties, the three West Coast natives keep the energy high for the feel-good song, produced by T.Reg and Blxst himself.

“Chosen” is a cut off the deluxe version of the 2021 HipHopDX Rising Star’s No Love Lost album that arrived in December. In addition to Dolla and T-Raww, the project also featured appearances from Dom Kennedy and Bino Rideaux. Released through Red Bull Records, it debuted at No. 14 on Billboard Heatseekers Albums Chart, No. 8 on iTunes Top Albums for Hip-Hop/Rap and brought the L.A. native to 2.5 million monthly listeners on Spotify.

While he continues to grow in popularity, Blxst knows he’s exactly where he’s supposed to be.

“It was something in me that just felt like it was always possible,” he told HipHopDX in November. “Even back when I was younger. Something in the back of my head just told me to keep going. I really can’t tell you exactly what it is, I just had it since day one.”

Watch the video for “Chosen” up top and revisit No Love Lost below.