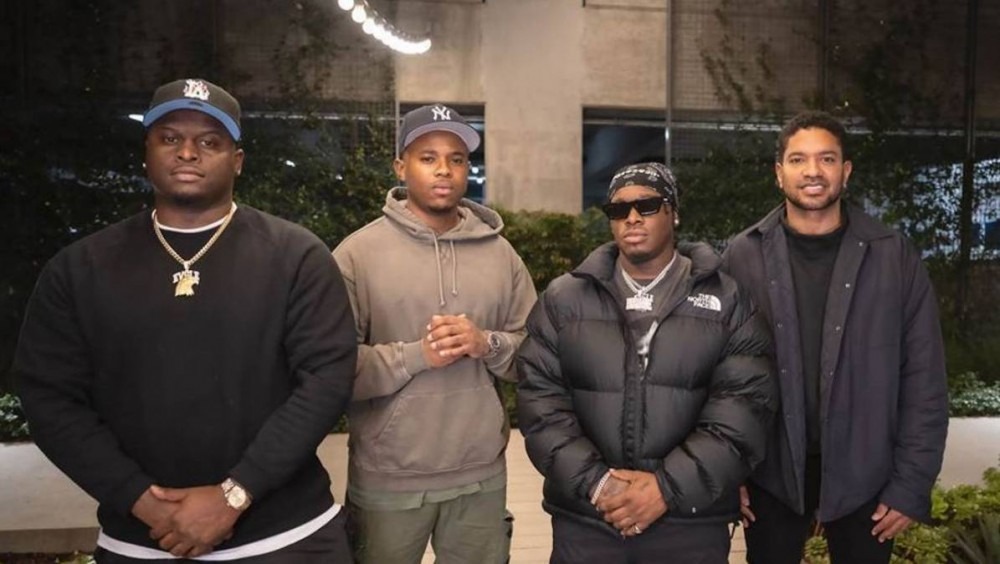 Los Angeles, CA – Blxst is finishing off his massive year with a massive new deal. The 2021’s HipHopDX Rising Star and Best New Rapper nominee announced on Thursday (December 16) he had signed an exclusive administration agreement with Warner Chappell Music.

The new deal, made in collaboration with Blxst’s record label and publishing company Evgle, will include all of Blxst’s past and future work.

“I’m excited to have Ryan and Warner Chappell in our corner as Evgle enters a new chapter in the realm of publishing,” Bxlst said of the deal in a statement. “Our partnership will allow me to continue to create at a high level as well as scale our operation.”

The deal comes as the Best New Rapper nominee caps off a powerhouse 2021. He was featured alongside Nas on his song “Brunch on Sundays,” and joined up with YG and Mozzy for their track “Perfect Timing,” and most recently linked up with Rick Ross for “Made It Out Alive” off his Richer Than I’ve Ever Been album, which dropped on Friday (December 10).

“2022 is set to be a huge year of growth for Evgle Publishing, and Warner Chappell made it clear that they saw the vision from a creative and business standpoint,” said Evgle President, Victor Burnett. “I’m looking forward to growing our publishing business in partnership with Ryan and Warner Chappell.”

“Blxst is a multi-talented creator and Evgle is a dynamic company, and they both need a publishing partner to support their mission of producing innovative and quality music,” Evgle’s Attorney, Karl Fowlkes, added in a closing statement. “Throughout this process, the team at Warner Chappell has shown that they are excited to invest in Blxst and Evgle.”

This year Blxst also took over Tik Tok with his song “Chosen” gaining over 150 million streams, and was nominated for multiple awards for his music such as: Best New Hip Hop Artist at the BET Hip Hop Awards and Best R&B/Soul Male Artist, Album/Mixtape of the Year, Best Song of the Year and Best New Artist, at the 2021 Soul Train Awards.

Listen to Blxst’s latest single “About You” below.