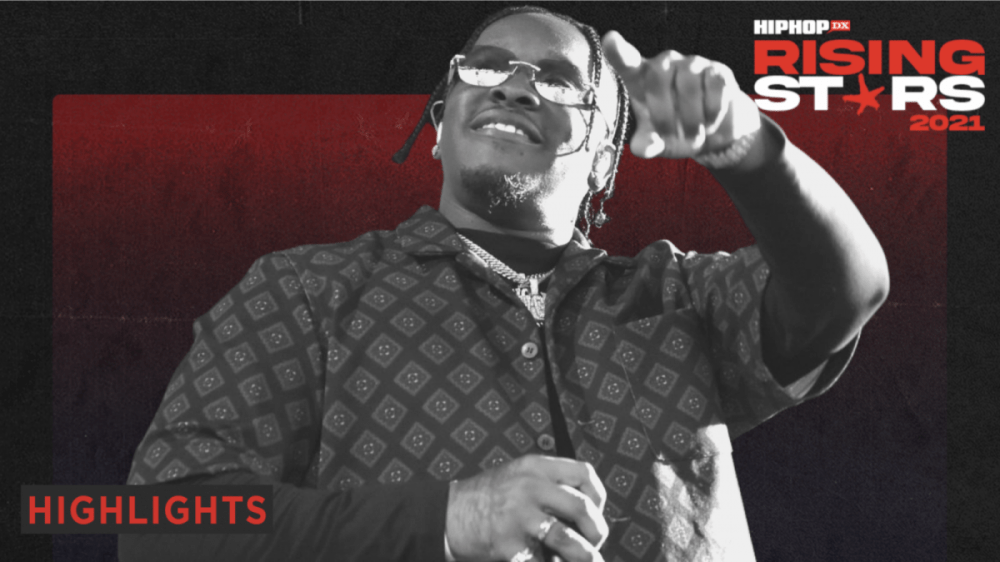 With one month left of the 2021 HipHopDX Rising Stars‘ journey to stardom, the talented 10 hasn’t let up. Whether the promising bunch has been welcomed or not, this group has undeniably put in work to make a name for themselves in the rap community.

Leading the Rising Stars with four nominations, DX Rising Star Blxst is up for Best New Artist, Album of The Year, Best R&B/Soul Male Artist and Song of The Year.

In 2020, Blxst released his debut album No Love Lost to widespread acclaim, which featured the singles “Overrated,” “Wrong Or Right” and “Be Alone.” Later on, he released a deluxe edition of the project featuring Ty Dolla $ign on “Chosen,” a “Wrong Or Right” remix with Bino Rideaux and “Got It All” with Dom Kennedy.

No Love Lost entered the Billboard charts at No.3 on the “Heatseekers” chart and went on to surpass 200 million streams during its first few weeks of being released. Besides Blxst’s viral single “Chosen” being a smash on TikTok, it was also certified gold recently – leading to a nomination for Song of the Year at the 2021 Soul Train Awards.

Following Blxst’s nominations, he made his late night television debut on Thursday (November 4) alongside Ty Dolla $ign on the Jimmy Fallon Show performing live from the nostalgic halls of his Evgle musical boarding school.

BLEU has been having an amazing fourth quarter of the year as he just won Best New Hip Hop Artist at the 2021 BET Hip Hop Awards, and embarked on his first headlining tour for his debut album Moon Boy.

More recently, BLEU dropped an infectious single “Baddest” with Chris Brown and 2 Chainz. The single landed the No. 80 spot on the Billboard Hot 100 chart.

In Other News: 42 Dugg May Have Been A No-Show Last Night

Apparently, 2021 HipHopDX Rising Star 42 Dugg didn’t show up for a show in Philly over the weekend, and fans were upset.

According to the Twitter streets, the Philadelphia stop on the City Girls tour turned out to be a disaster after the duo showed up late, and special guest 42 Dugg was a no-show.

Dugg issued an apology to fans via his Instagram Story explaining why he couldn’t make it.

” I wanna apologize to all my fans in Philly who came out to see me the promoter shot ah move on everybody and blame it on the curfew even though the last act stopped at 10:30 YALL make sure y’all get y’all money back,” he wrote. “ima make it up I promise #jankypromoters them n-ggas can’t book me nomo f-uck em.”

Here’s what concert-goers had to say:

Sleepy Hallow is one of 10 up and coming rappers on HipHopDX’s 2021 Rising Stars list. For more info on Sleepy Hallow and the rest of the talented bunch, read about them here.