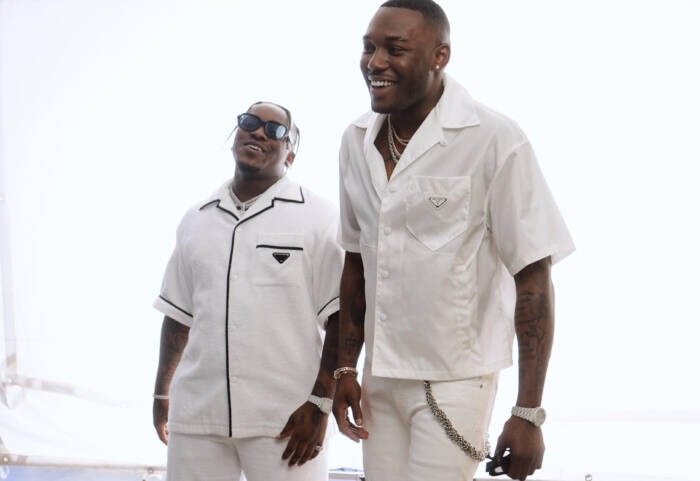 From shopping sprees to arguing in luxury cars, buzzing LA artists Kalan.FrFr & Blxst stay ten toes down with their special someone through the ebbs and flows of their relationship in the new music video for “No Stoppin,” out today!

Directed by acclaimed visionary Taj (Rihanna, Mary J. Blige, A$AP Rocky), watch as these two LA natives deal with the highs and lows of love in the video co-starring podcast host/influencer, Tee. “No Stoppin” is the official second single from Kalan’s upcoming project, which will arrive this summer and is the follow-up to club banger, “Popstar”. Since its release, “No Stoppin” has already received praise from the likes of BILLBOARD, UPROXX, BET, Essence, Rap Radar & more! Outside of his new music, Kalan has also become a staple in the LA rap community having collaborated with Dom Kennedy, Mozzy, WESTSIDE BOOGIE and Bino Rideaux recently as well as receiving a co-sign from rap superstar,Lil Durk earlier this year.

With a new music video, forthcoming project and Rolling Loud Miami performance next week, Kalan is not stopping anytime soon!