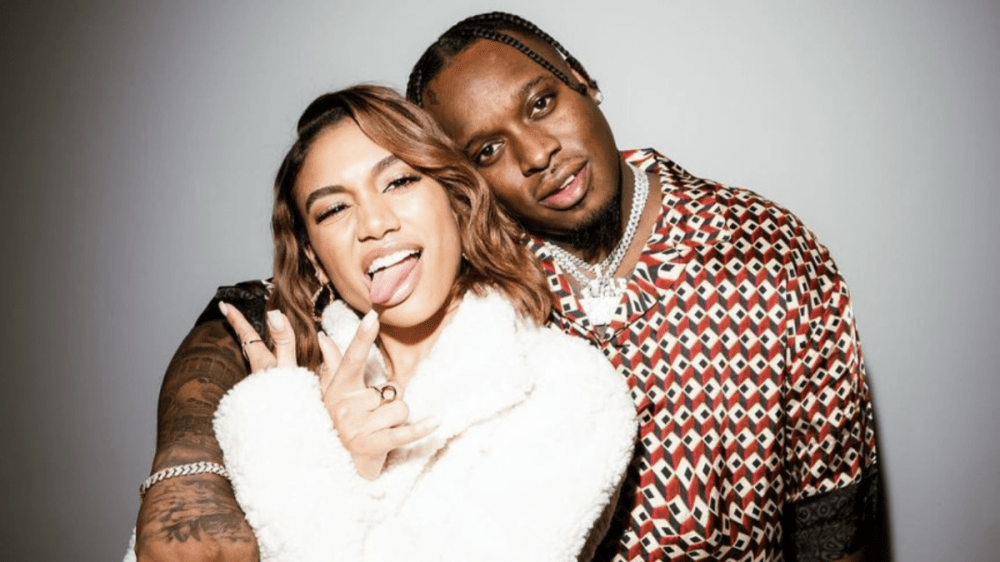 Blxst returned on Wednesday (January 26) with a cinematic visual to accompany his intimate December single “About You.” The 2021 HipHopDX Rising Star enlisted Power star Paige Hurd to beautifully play the role of his love interest in the clip that mirrors the 2021 Zendaya-starring flick, Malcolm & Marie.

The visual is directed by Alfredo Flores and shot entirely in black-and-white to give the scene a vintage feel. Blxst ruminates about how he could navigate life’s path alone but would rather do it with a supportive partner by his side.

“Girl, I can get it on my own, I’m forever up/But I’d rather have you hold me down like Coretta does/Are you the type to stick around for whatever comes/I’m not no n-gga you just found, I’m a one-of-one,” he croons.

Paige Hurd is frustrated with Blxst but he eventually wins her over while cooking dinner and the couple has a dance party following a polaroid photoshoot. The warm scene closes with Blxst and Hurd hugging with the “Overrated” singer giving the camera a wink letting viewers know everything is under control.

Blxst and Hurd posted photos and clips from the visual to social media and they received a stamp of approval from Busta Rhymes who provided a series of flame emojis in the comment section.

For the Power fans out there, Michael Rainey Jr. (Tariq) joked in the comment section about seeing his on-and-off girlfriend in the show with another man.

“As long as u bringin the money home for the kids,” he wrote.

Earlier in January, Blxst teamed up with Wale and Murda Beatz behind the boards for the release of their smooth “One Shot” single.