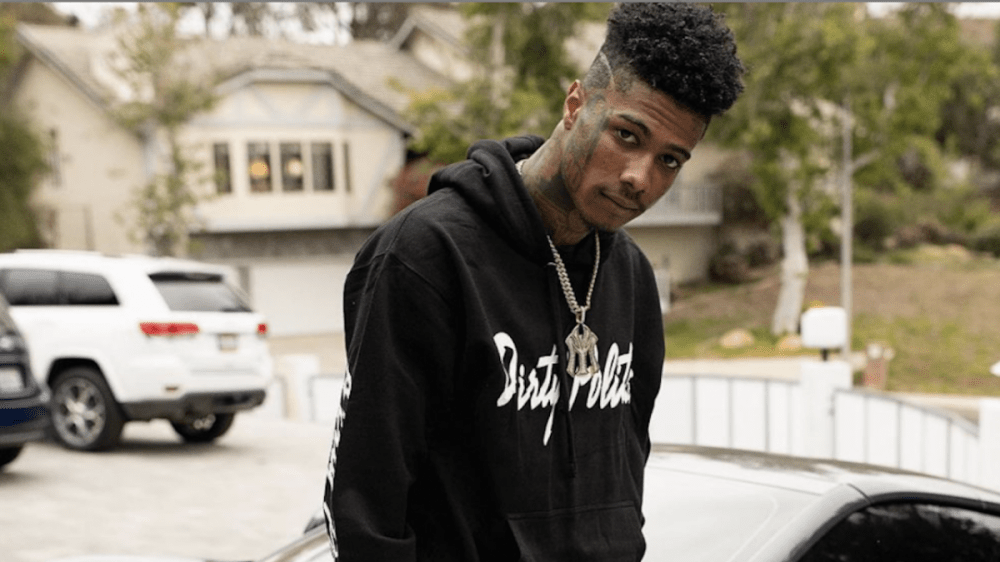 Blueface and his antics throughout the pandemic have raised plenty of red flags on social media. Not long after he was booted off Instagram for several violations of the social media platform’s terms of service, he launched the Blue Girls Club (BGC).

Now, fans are wondering if he’s established a cult. In a video clip making the social media rounds on Sunday (April 25), Blueface can be seen walking around the house announcing everyone in the house would be getting tattoos. The quick tour highlights a few of the girls in the BGC sleeping in bunk beds as Blueface bluntly states, “Tattoo or go home, which one is it?”

All of Blueface’s girlfriends are getting tattoos of his name: “Tattoo or go home” 😳 pic.twitter.com/zNwgyBbfVT

Each of the girls allegedly got tattoos of Blueface’s name akin to Chrisean Rock who got Blueface’s government name of Johnathan inked on the side of her face. Although Blueface claimed he had nothing to do with her decision, her choice of loyalty to the “Thotiana” rapper came not long after she starred in his quarantine reality show and got her front tooth knocked out by his ex-girlfriend.

The Blue Girls Club got highlight treatment in Blueface and DDG’s recent video for “BGC,” but it didn’t stop Twitter users from having a field day with Blueface’s latest round of antics.

“Dawg got the bunk beds like Heaven Gates in the crib,” one user wrote, comparing Blueface’s BGC to the Heaven’s Gate religious cult which ended with a mass suicide in 1997.

See more reactions to the BGC below.

Blueface had like 1 song. I’m not understanding how he funding all that.

R Kelly watching Blueface with all those girls in his home pic.twitter.com/c1EVyF2g4H

“Get tatted or Go home”.. that “Surviving Blueface” Doc gon be crazy https://t.co/ZLWfA10O5y

i look forward to watching “surviving blueface” on lifetime https://t.co/9nZ0yPOnLB

This nigga blueface came in like he was the Correctional Officer 😂😂 got these hoes sleepin in bunk beds https://t.co/wMsirssVXi

BlueFace running a shelter for these hoes like he’s Alton Saint pic.twitter.com/8RSc9O2oVv

BlueFace got grown ass women sleeping in bunk beds and getting him tatted 😭😭🤦🏽‍♂️ pic.twitter.com/kPhz7xG11g

Blueface got these girls living like they’re in a group home.

Now when blueface is the next R. Kelly I don’t wanna hear nobody saying they didn’t know he was a predator cause the nigga is showing off for y’all atp

imagine raising a child for 18 years and they grow up to live in a bunk bed at Blueface’s house https://t.co/PgfH1pQZbn

Blueface need to be locked up with Robert Kelly. BUNK BEDS????? https://t.co/OmlP34ngB7

I know Blueface house stank. Don’t even look like they got A/C in there. He might need to be investigated

OK, soooo…let’s talk more about how Blueface is basically running a cult. 🥴

When I see Blueface with one of his girlfriends getting a tattoo of him on her neck pic.twitter.com/W9gXW6lQgN

Blueface and Hoodhealer battling for who got the strongest cult

Blueface got them hoes in a Grouphome

Blueface is defo abusing those girls, idc what any of you want to tell me

this nigha blueface got all these hoes staying in his crib like he blue hefner pic.twitter.com/4j2OsnevaX