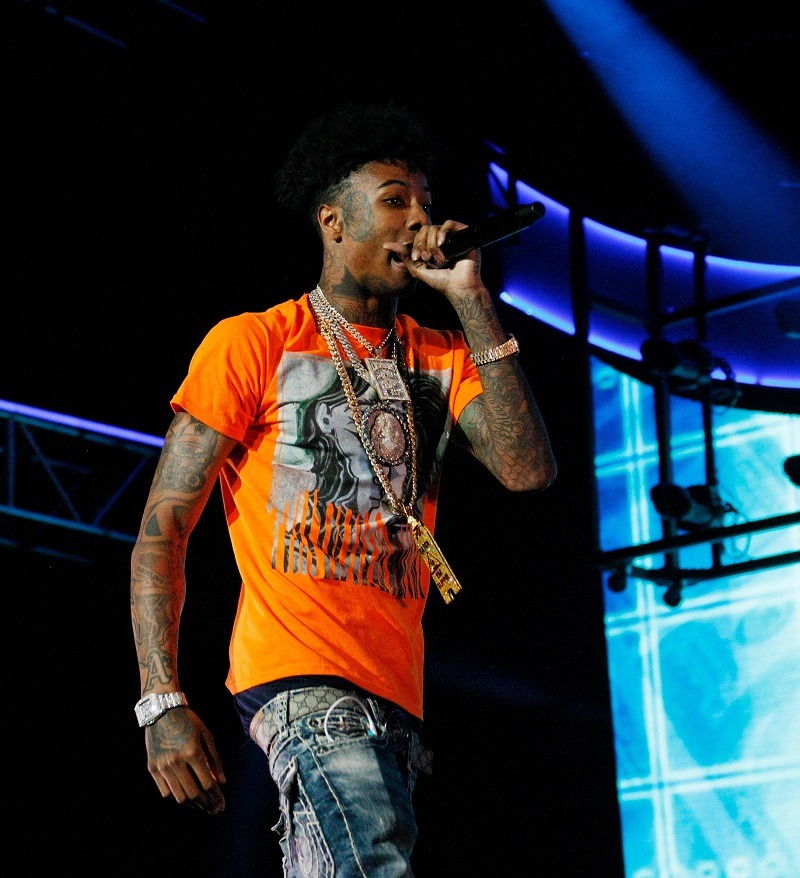 Blueface‘s mom and stepfather were attacked in a home invasion. TMZ reports the two were attacked at a residence that is owned by the “Thotiana” rapper.

Four men broke into the Santa Clarita home by shattering a back window around midnight. During the original break-in, the offenders were scared away and the police came and filed a report. The suspects would double back hours later and got inside.

Blueface’s stepdad would run into one of the offenders and a fight would ensure. The stepfather would be injured after an object struck him over the head. He would need 10 stitches near his left eye and required 10 stitches.

Law enforcement believe that Blueface was the intended target and there have so far been no arrests.