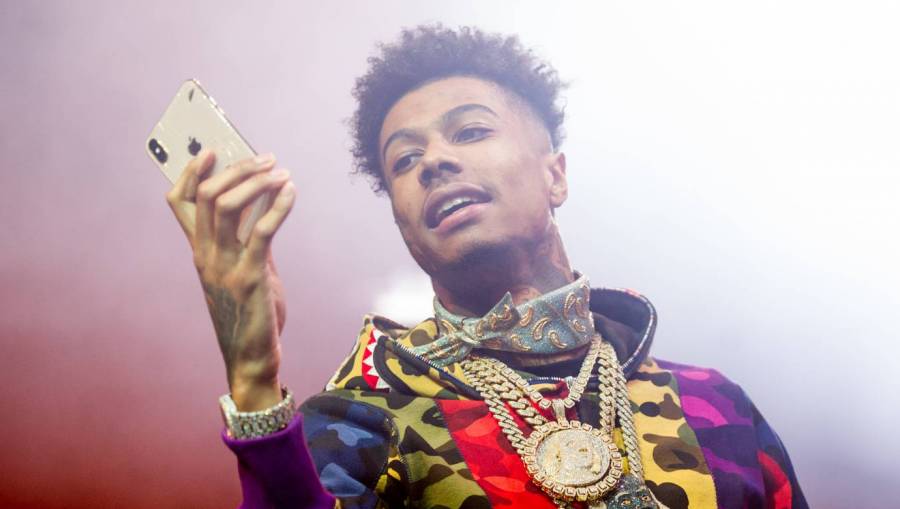 Blueface and 6ix9ine have been exchanging venomous words online for over a week. Shortly after Blueface posted a video of himself getting the name of his jeweler—NYC Luxury— tattooed on his head, 6ix9ine suggested he only did it to pay off a debt with the company.

But TMZ caught up with NYC Luxury CEO/founder Gavriel on Tuesday (July 13) and asked about 6ix9ine’s allegations. Gavriel made it perfectly clear Blueface is in good standing with the high-end jewelry company, while sending a few choice words in 6ix9ine’s direction.

According to the Los Angeles native, 6ix9ine reported his account for bullying after Blueface shared videos of the “GUMMO” rapper’s homeless father, mother of his daughter Sara Molina painting him as a deadbeat dad and one of 6ix9ine’s former jewelers asking him to pay an outstanding balance of $25,000.

On Sunday (July 11), Blueface jumped on Twitter and accused 6ix9ine of using the same tactics that got him out of serving 47 years in prison.

Although the pair has engaged in internet antics before, they seemed to pop off again after Blueface announced he’d joined the Bare Knuckle Fighting Championship.

“The only time people talk about Blueface is when he’s not doing music, so I don’t know what the fuck you talking about,” he said in an Instagram video. “Like who the fuck is Blueface? Right now, I swear to my mom, I got $20,000 in my pocket I walk around with. He’s gonna pay $25,000 to fight. I walk around with the money he’s getting paid for. What the fuck you talkin’ bout?”

Blueface will be stepping in the ring for a bare knuckle match on July 23. Although he’s unsure who he’ll be fighting, he did tell TMZ, “I’m pretty sure it’s either gonna be some type of YouTube or TikTok-er or something of that nature.”