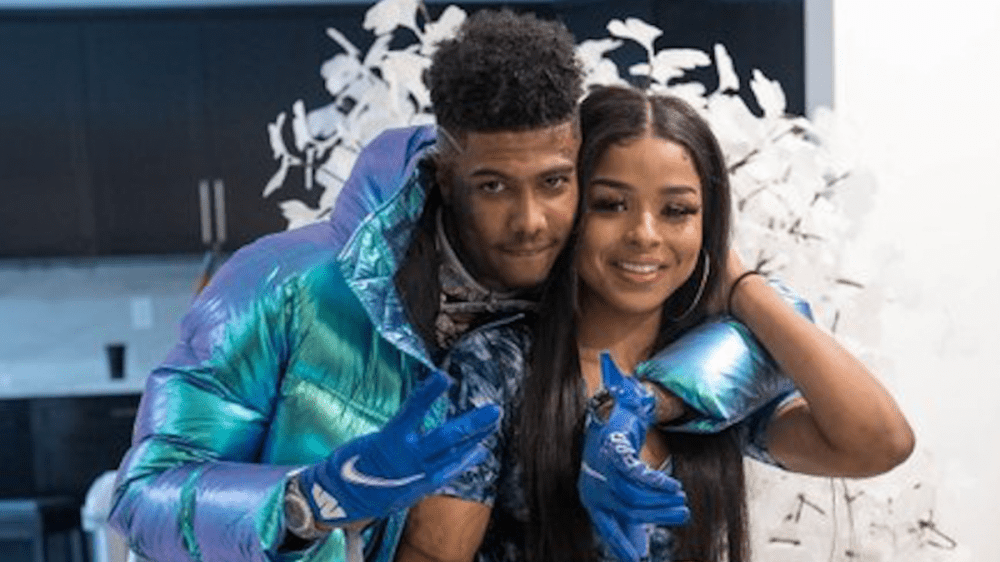 Former Blueface Records artist Chrisean Rock (real name Chrisean Malone) fled on a cross-country mission from Los Angeles to her mother’s home on the East Coast earlier this month. The problem? She was driving a stolen Mercedes G-Wagon and allegedly slanging crack-cocaine. After Blueface reported the vehicle as stolen, the seemingly trouble rapper/singer was stopped by police in Oklahoma and promptly arrested.

Now behind bars on charges of receiving, possessing or concealing a stolen vehicle as well as distribution of a controlled substance and possession with intent, Chrisean Rock is speaking out for the first time since the arrest in a recorded video call from jail and vowing to be a better version of herself.

“Hey my babies,” she begins in the clip. “Don’t be sad. It’s OK. I got slowed up in here. I was tweakin’ for real. I’m gonna be a buck. I’ll use this time to really heal. I was healing from a lot of shit I ain’t told you. A lot of stuff I be telling y’all, but I don’t be tellin’ you everything. You know how that go.  I’m gonna be out and I’m going to be better. I can’t wait to drop my song for y’all. I can’t wait to just be better Rock. I’m a little shy talking to y’all because I ripped all my eyelashes out. Keep me in your prayers. Thank you for all the support. I’m on my home. That’s all I can say.”

Blueface and his manager Wack 100 had been trying tirelessly to remove Chrisean Rock from their lives. In November 2021, police were called to Blueface’s home after she refused to leave. Three months later, she was arrested in Blueface’s car as she attempted to drive to Baltimore. According to an Instagram post from the “Thotiana” rapper, she wrote “I love Blue” in blood before taking off with his vehicle. He wrote across the photo of it, “This some fatal attraction type shit.”

Wack 100 later roasted her for the arrest in an Instagram post of his own, saying, “This Bozo deserves all that she has coming to her! Broke in the house again stole thousands stole the G Waggon as we found out not knowing it was her 1700 miles away got caught. I have no remorse for this BOZO. Now I gotta go get the car out the impound and pay another 5,000 for a transport service to bring it back ! If it was you how would you see it !!! And it looks like she was moving work from the charges!”

Blueface also reacted to Chrisean Rock’s arrest in his Instagram Stories and revealed she tried to ask him for bail.

“Bitch stole my car and thought she was gone drive to Baltimore 25 hours away dumbass,” he wrote. “A thief is the worst thing you can be as a female. I’d have more respect for a prostitute…talm bout some ‘Come bail me out.’”