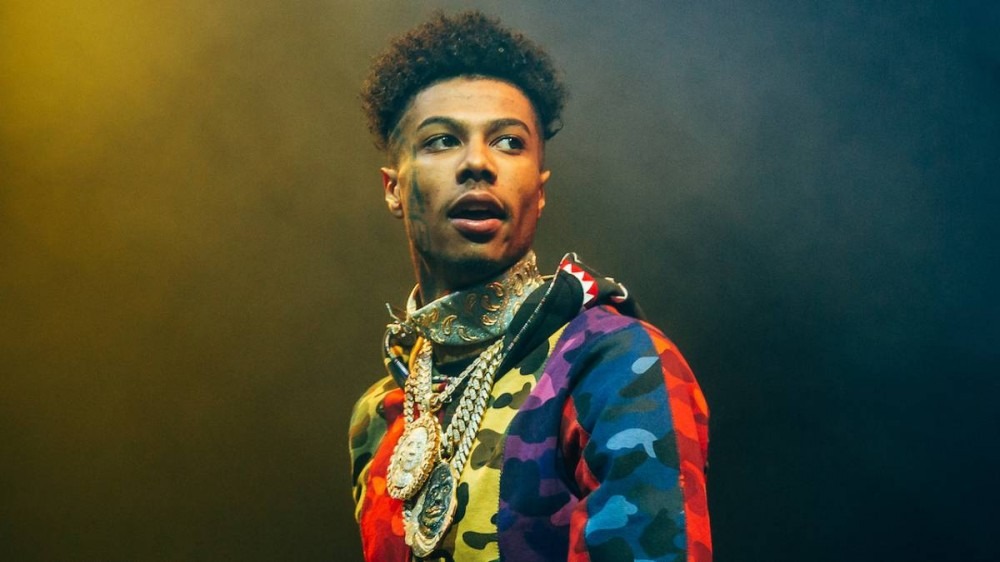 According to TMZ, the Los Angeles-based rapper agreed to hop in the ring without gloves due to his past with the School Yard Crips Gang, admitting, “I was never boxer. I’m a gang member, so I just fight a lot.”

But just because he’s inexperienced, doesn’t mean he’s not taking the challenge seriously.

“I’ve only been eating grilled and baked stuff lately,” he says. “Yeah, I’m on a diet and everything. I ain’t been smoking, drinking, nothing.”

Blueface then essentially took credit for the celebrity boxing trend, citing his sparring match with YK Osiris in June 2020.

“I don’t know if you guys seen but me and YK Osiris was actually boxing in the backyard for fun, kicks and giggles,” he says. “And that’s really how all of this celebrity boxing came about, in my opinion.”

The celebrity boxing trend has exploded in recent months. On June 19, the “Thotiana” rapper shared a video of himself working with a trainer, throwing a few combinations, swinging on a heavy bag and working on overall conditioning.

Coi Leray and Slim Jxmmi have also recently shown off their in-ring boxing skills on social media. Fans were thoroughly impressed with Leray’s form, leaving comments like, “Crazy thing is she actually throwing her punches with damn near perfect technique.”

Blueface’s first match goes down on July 23 and he thinks he’ll most likely fight another celebrity, saying, “I’m pretty sure it’s either gonna be some type of YouTube or TikTok-er or something of that nature.”