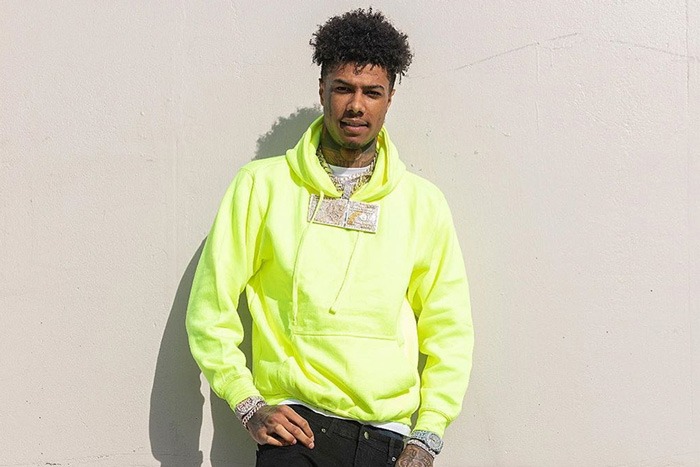 On the eve of the release of his new album Find the Beat, the “Thotiana” rapper sat down with Rap-Up to discuss the project, whose title was inspired by his offbeat rapping style.

“I really made a name for myself being off beat, so I just took that and made whatever you wanted to make of it into what I wanted to make of it,” he said. “People got a way of making stuff they way… I put my little seasoning on it and it’s gonna be both our way.”

During the interview, Blueface also shared his thoughts on the trolling culture of social media, blaming 6ix9ine for the demise of the internet. “6ix9ine fucked up the internet. It’s his fault,” he said of the incarcerated rapper. “It’s his fault all these fake motherfuckers and everybody just talking just to get a reaction and response. Everything is a meme. It’s his fault.”

Added Blueface, “Once people come up a wave, it always starts a wave. The way I came up now, it’s a bunch of motherfuckers obviously gravitating to that influence… It’s his fault. His wave just fucked up everything.”

Plus, watch him give an update on his busy love life and reveal the highlight of his career so far.