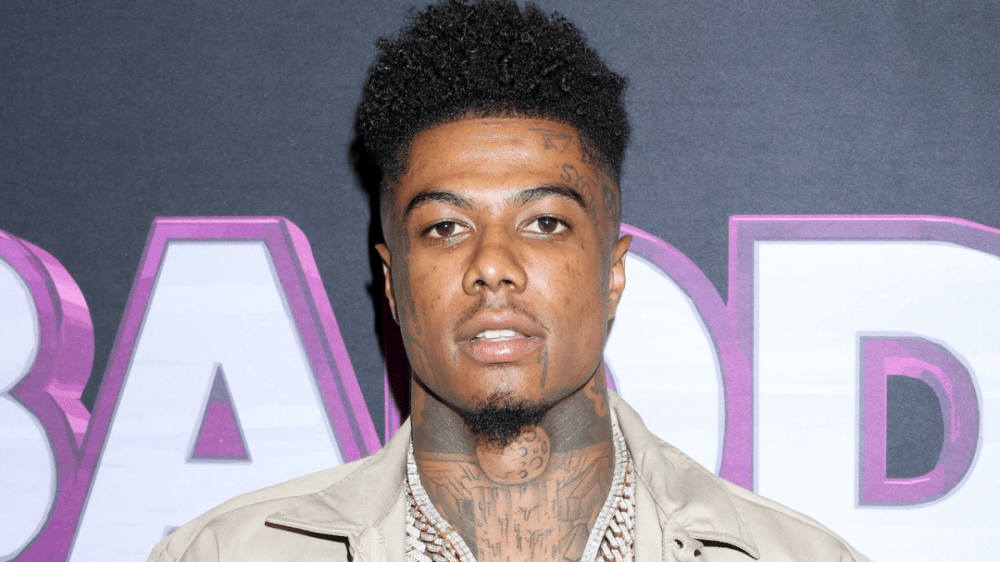 Blueface has responded to his mother following her claims about him “prostituting” his girlfriend, Chrisean Rock.

The rapper’s mom, Karlissa Saffold, took to her Instagram Stories on Monday (August 8) to speak on the couple’s relationship after they appeared to be on good terms following their Hollywood altercation earlier in August.

“Dam the whole family prostituting this poor girl,” Saffold wrote. “Now I feel bad for real. Y’all sent this girl back here knowing she’s in harms way! I bet not here nothing about the next episode from none of y’all. Because y’all sent y’all most pride possession back after seeing her get socked out.

“I said what I said. I am the attention. Be grateful. Get tired all you want but I fights for mines until the bougie man or woman is gone. I’ll be right every single day about mines! You better ask them about me. I give less than a dam about his fans or they comments. So keep the algorithm coming.”

She added: “That girl old enough to know that’s not love. Bobby didn’t love Whitney a.. neither. They see a couple dollars and think that’s love. Let @jaidynalexxis get a man and y’all will all see his love. I’m the momma I know. Looking for parents to interview that have suffered from their children’s bad choices in love interest. DM me with your stories today. Thanks.”

Later on Monday, Blueface responded by denying her comments and claiming he lost his mom to social media clout.

“None my mom say is true,” he wrote. “I don’t even know that lady anymore I lost her to the internet. she just want to be known to get her hair done for free. she ain’t even aloud to see her grandkids cuz she lost herself to instagram an nobody want to be ina mix with her.”

Soon after, his mom fired right back by calling him a “pussy ass n-gga” and claimed their relationship went downhill after she got into an altercation with Chrisean Rock.

“You poor baby sounding all soft,” she wrote on her Instagram Stories. “You lost your mom to the internet. You supposed to be a gangsta p… a.. n…… Suck it up and stop acting like you can’t finish the play. If you can’t see the pass run the ball yourself. Money turned you into a follower! Ain’t no guarantee this weirdo ain’t going to fumble it just like you did then you gonna be sitting there looking stupid. Game over.

“Stop being lazy move your dam feet and write the music. You always want someone to finish it for you. Don’t forget you aren’t allowed to take your children anywhere without the supervision of their mother.”

She continued in an Instagram post: “@bluefasebabyy son you lost your mom the day you let that woman disrespect me and then kick me in my head while you video taped it. You lost everything that day you just haven’t accepted it yet. You’re done. you had one job and that was to open the gate for those of us who earned it. You couldn’t even do that . You were never the one! You were only the gate keeper. I’ll take it from here.”