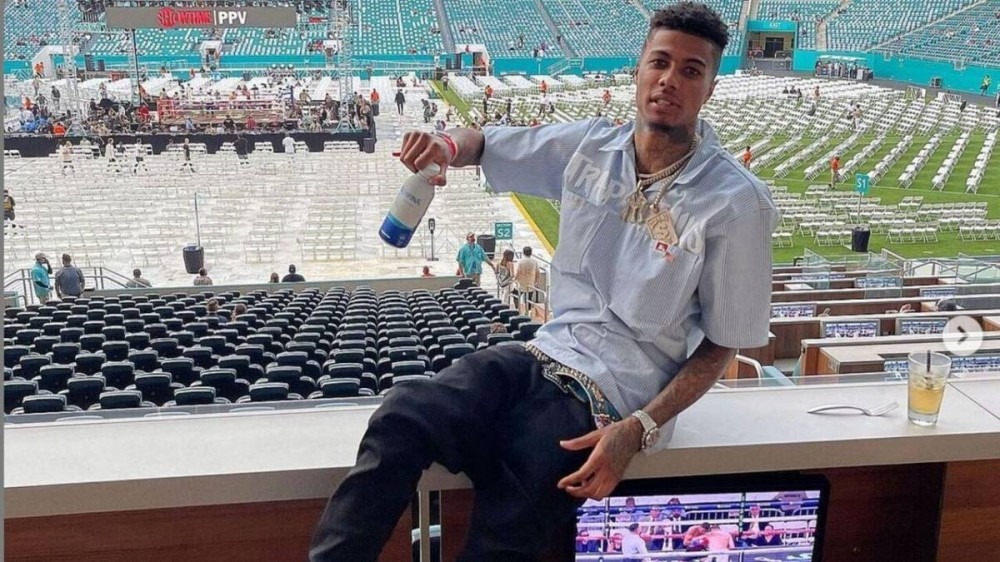 Even though Blueface feels like he wasted his money buying tickets to Floyd Mayweather and Logan Paul’s exhibition fight in Miami this past weekend, he did gift his social media following with a priceless moment due to his hilarious commentary throughout the night.

The “Thotiana” rapper appeared to completely denounce his experience at the fight in a pair of videos posted by TheShaderoom on Monday (June 7), featuring a cameo from multi-platinum artist Akon.

“I’m mad as a muthafucka,” Blueface says in part in the clip. “These muthafuckas bums, I spent like $12,000 for this shit, never again.”

He also seemed to confide in Akon his frustrations with the outcome of the fight overall, probing the AKOIN cryptocurrency developer to unleash his unfiltered opinion on the entertainment-based bout.

“Akon,” Blueface began sternly. “Akon, was that the worst fight ever or what? Worst, terrible for everybody that paid money.”

Though Blueface wasn’t amused by Mayweather and Paul’s exhibition, it seems the internet was all the more pleased with the matter bout between former NFL player Chad “OchoCinco” Johnson and bare-knuckles-brawler Brian Maxwell.

During the fourth and final round of their face-off, after a promising performance, OchoCinco got a taste of the canvas when Maxwell delivered a knock-down overhand counterblow that sent Chad tumbling.

As Blueface is still wishing for better fights, the California native has multiple literal silver linings to celebrate in lieu of his dissatisfaction, including the new platinum plaque he received for his contribution to DDG’s RIAA certification “Moonwalking In Calabasas (Remix)” hit single.

Blueface also dropped off his latest single “Outside (Better Days)” this past Friday.