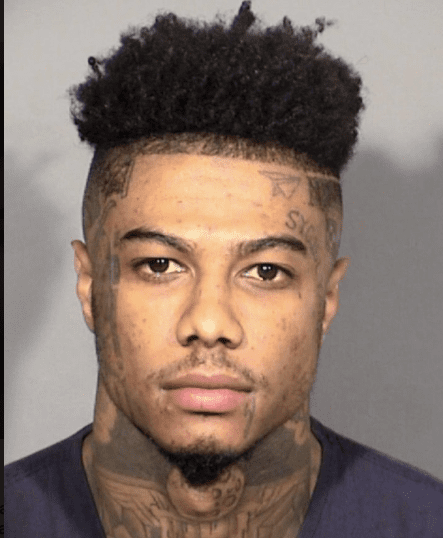 After being arrested this past Thursday on attempted murder charges in Las Vegas, troubled rapper Blueface’s mugshot from the arrest has now made its way to the internet.

Johnathan Porter aka Blueface was taken into custody in front of his girlfriend Chrisean Rock at Lolo’s Chicken and Waffles in Vegas on Thursday for a shooting that allegedly occurred on October 8th. Footage of his arrest shows Porter being handcuffed and subdued by five men in front of his girlfriend, Chrisean Rock. Eyewitnesses allege that there were at least six to eight undercover officers there parked in unmarked cars.

Additional charges include discharging a gun into a house, building, vehicle or craft for allegedly shooting into a pick-up truck. A rep for Clark County Court confirms a judge has set Blueface’s bail for $50k. He’s set to appear in court again on January 24th.