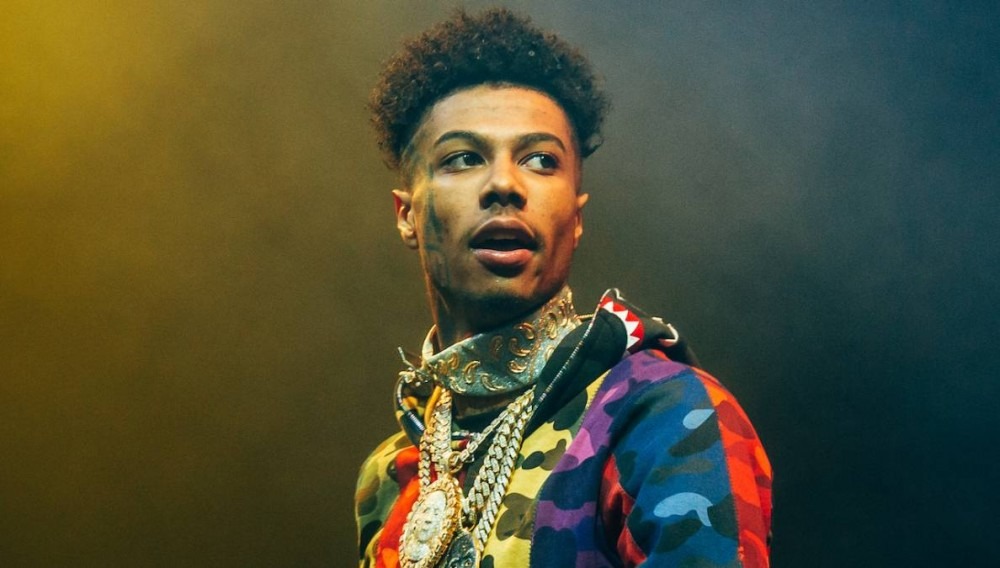 It appears Blueface has become the target of someone’s aggression as his mother and stepfather were the victims of a violent home invasion, but police suspect that the intruders might’ve been looking for the “Thotiana” rapper.

TMZ is reporting that Blueface’s mother, Karlissa Saffold and her husband found themselves fighting off four trespassers who broke into their Santa Clarita home in California. The incident unfolded around midnight when the men shattered the back window but retreated for unknown reasons. Karlissa Saffold called the police who took a report, but hours later the intruders returned and were able to get into the Saffold home.  Things turned violent when Blue’s stepfather went to investigate noises coming from downstairs.

“We’re told the stepdad bumped into one of the suspects and started fighting. Our sources say another intruder joined the altercation, pointing an object at the stepdad before striking him in the head with it.”

Blue’s stepdad suffered a concussion and had to get 10 stitches near his left eye after getting jumped by the two men. He’s since been released from the hospital and the police have been investigating the matter since. No motives have been found for the home invasion as nothing was even stolen, but police are working with a theory that Blueface was the intended target even though he doesn’t live in the Saffold home.

Police are still looking for cooperation from everyone involved while they work towards making an arrest in the case.