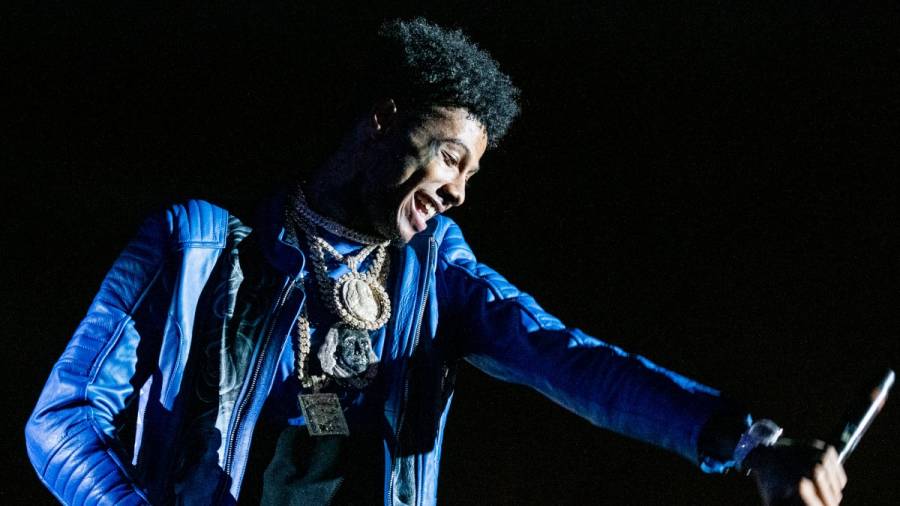 Blueface is apparently filming his own reality show at his Los Angeles home and there’s a lot going on.

In an Instagram Live from inside the house, a woman can be seen performing a dance in front of a few others when another woman violently flings various objects at her. Another clip features confessionals from Blueface and yet another woman living in the house, who revealed the “freakiest” thing she’d done during filming thus far.

“I massaged this n*gga’s foot and I ate his ass,” she announced.

#PressPlay: At this point, I’m convinced Blueface is starting a fight club at his house cuz 😩

Blueface, who’s previously bragged about bedding over 1,000 women in six months, denounced the “new generation of women” in his one-on-one with the camera.

“The new generation of women is kind of at a downfall and it’s really breaking my fucking heart,” he said, despite the fact he’s also an active participant in the matters.

#blueface got a reality show of a bunch of fatherless HOT GIRLS .. n I ain’t gon lie… brehs.. pray for sons.

In related news, the “Thotiana” rapper, whose debut album Find The Beat premiered at No. 64 on the Billboard 200 in March, recently revealed he’s not voting in the 2020 election because he’s not “at that stage” in his life.

“I just ain’t really, I don’t know, I ain’t in that stage in my life,” he said in an interview with REAL 92.3’s The Cruz Show earlier this month. “Look at my face — you think they give a fuck about who I vote for? C’mon man.”

Watch a clip of the conversation below.

#BlueFace says he isnt voting and explains why on the @jcruzshow