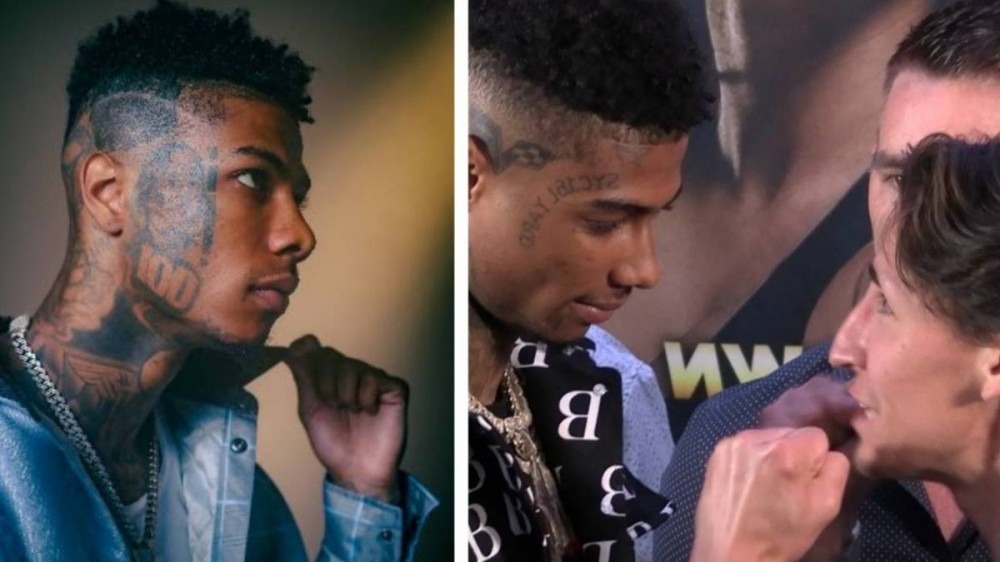 Blueface is giving a double dose of his entertainment prowess with the release of “TikTok,” a jittery dance number ripe for the platform it’s named after.

The album-less single is designed to divert attention to his upcoming pay-per-view fight against TikTok star Kane Trujillo f.k.a. Neumane.

“​​Flip, flip, flip/Run a nigga out his flip-flops/Flop, flop, flop, crack a bitch off a TikTok/Rock, rock, rock/Don’t stop like you runnin’ from the cop, cop, cops/Let this thing pop, pop/At the opp, opp, opp,” the Los Angeles rapper spits on the Googleable piano-type beat.

Its accompanying video — directed by FakeDell and featuring the hilarious talents of “Lil Cuz” — depicts Blueface nowhere near any training facilities, rather more in the same element that got him a platinum plaque with 2021 HipHopDX Rising Star DDG.

On July 23, Blueface will get the opportunity to put his “TikTok” lyrics to action in Tampa, Florida as part of the Fite TV Bare-Knuckle Fighting Championship #19. Despite still putting his rapper aesthetic on display, he’s adamant he’ll be ready for the likely trending event.

​​“Yeah, I’m on a diet and everything. I ain’t been smoking, drinking, nothing,” Blueface told TMZ last month. He also deems his Instagram fight sessions with R&B singer YK Osirus to be the reason the United States loves celebrity boxing at the moment.

Watch Blueface’s “TikTok” video below and develop your pre-fight opinion in the comment section.