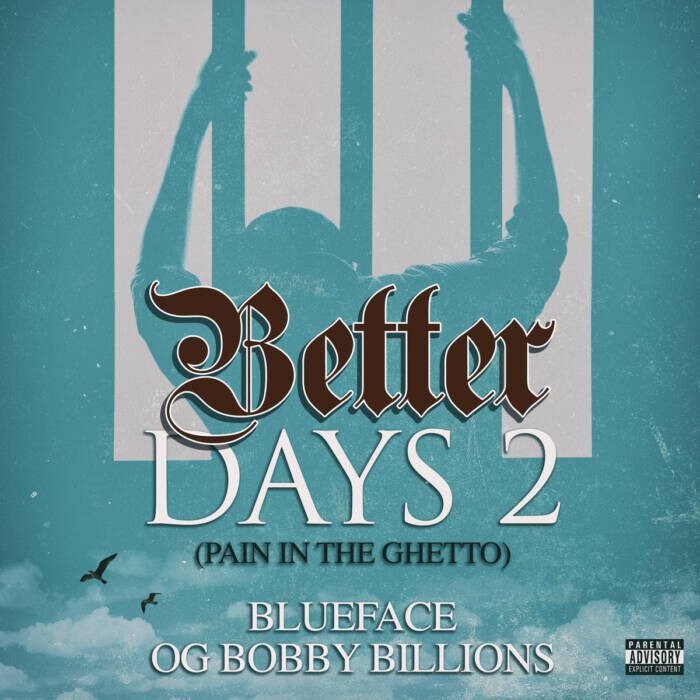 Platinum rappers Blueface and OG Bobby Billions team up once again to release a new single, “Better Days 2 (Pain in The Ghetto)” via 5th Amendment/MNRK Music Group. The song is the follow-up to their hit single “Outside (Better Days)” which has been certified Gold and has an accompanying video that has amassed over 29M views.

The two artists teamed up a little over a year ago and took social media by storm with their viral hit “Outside (Better Days).” The surprisingly honest and conscious record proved Blueface could go deep and still make an impact on the charts.  “Better Days 2” picks up where they left off, and the two rap about how hard it is to lift yourself up when your surroundings keep you down. Like their previous single, “Better Days 2” is produced by Deemarc (Lil’Tjay, Mozzy, Toosii, & etc.) In the video directed by Dave Polo, Blueface & OG Bobby Billions struggle to find faith behind bars as they look forward to brighter days ahead. This Blueface & OG Bobby Billions track will be featured on Blueface’s solo project, due out later this year.