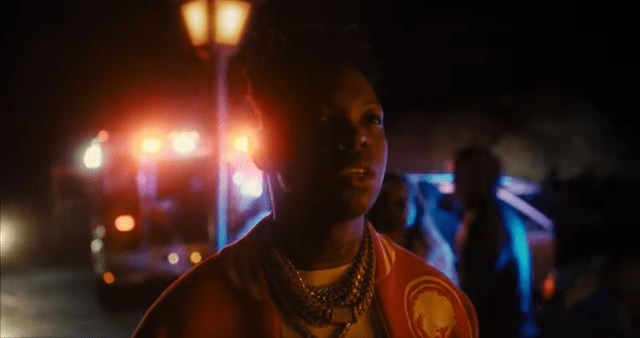 BLEU is looking forward to assisting the next generation of musicians, revealing the progress of his forthcoming music academy, Moon Boy University.

Hitting Instagram, BLEU highlighted the construction site and revealed the university will be open in January.

Earlier this summer, BLEU let the industry in on what working with Drake can do for you. BLEU’s single “You’re Mines Still” was one of the biggest singles of 2020, and it not only plugged the young star with a deal but a substantial paycheck.

BLEU pulled up on DJ Akademiks’ Off The Record podcast and spoke about how the Drake-featured single threw him into a different tax bracket when it came to label negotiations.

Prior to the release of the remix, BLEU had secured a couple of independent deals with EMPIRE. After it was released, the price for his musical services flew up, along with his status on the Billboard Hot 100.

“Just to put it into perspective, as soon as the Drake record dropped, I was having bidding wars between $8 and $9 million,” BLEU told Ak.

He would reveal that led to his loyalty with EMPIRe because they doubled back to deliver more money, citing “a major label’s not finna do that.”

You can hear the full story below.