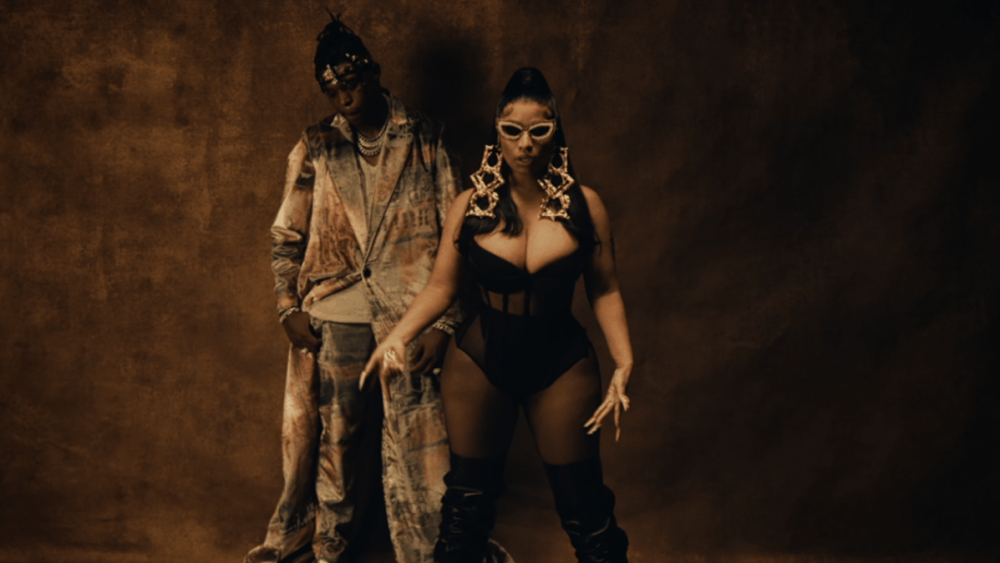 BLEU and Nicki Minaj have joined forces for the former’s new single “Love In The Way” — check out the track’s video below.

The Primo-directed visual follows BLEU as he chooses between a plethora of beautiful Black women, but has a hard time because of the one that broke his heart. Meanwhile, Nicki serves as an elusive queen, with numerous guards at her disposal to do her bidding as she raps.

Nicki first teased a snippet of the collab on social media, which features a sample of the Sam Tompkins song “Whole.” Tompkins fanned out over hearing Minaj spit over his music — and got a congrats from Chun-Li as a result.

BLEU actually linked up with Nicki over a year ago for the song but got over-excited about snagging one of his dream collaborations and spoke publicly about it too soon.

“We dnt have a song yet actually tho y’all I just wanted to play some shit we was working on since we was in New York,” Yung Bleu tweeted. “Ain gotta verse just yet . AndAin mean for it to go viral I was just having a lil moment with my fans and I was drunk talking to much lol.”

He returned with another tweet in response to a HipHopDX article elaborating on his comments, saying: “Y’all not helping bro U didn’t even tease nun I just spoke words.”

“Love In The Way” is the first new single from BLEU since March’s “Walk Through The Fire,” which features Ne-Yo. The Alabama crooner dropped off his official debut Moon Boy in 2021, which featured heavy-hitting appearances from Chris Brown, 2 Chainz, John Legend, Jeezy, Kehlani, Moneybagg Yo, Kodak Black and others.

As for Nicki, she was recently honored as this year’s MTV’s Michael Jackson Video Vanguard Award recipient and dropped her new single “Super Freaky Girl” a few weeks ago, which debuted at No. 1 on the Hot 100 and has already spawned a massive remix featuring JT, BIA, Katie Got Bandz, Akbar V and Maliibu Miitch.

“Super Freaky Girl” is the latest in a line of singles the Pinkprint rapper has dropped off in 2022 with the Lil Baby-assisted “Do We Have A Problem?” and “Bussin.” She’s also collaborated with Fivio Foreign and HipHopDX’s 2022 Rising Star Coi Leray. “Do We Have A Problem?” even ended up winning Best Hip-Hop Video at the VMA’s.